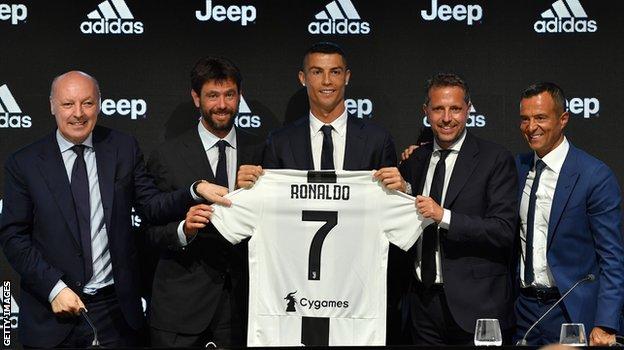 Cristiano Ronaldo moved to Juventus last week at a world record €100m transfer from Real Madrid. Since then he has spoken for the first time regarding his move from his club of 9 years to his new home.

The Portuguese was a record goalscorer at Real Madrid and won 4 CLs with them but received a hero’s welcome from the Bianconeri supporters when he arrived at the training ground earlier on Monday.

“Juventus, in my opinion, is one of the best clubs in the world,” he said.

“It was a well-thought-through decision and my friends and colleagues told me some time ago it was a club they thought I could play in Italy.”

“I prefer to think of myself in the present tense, the present is very clear: I enjoy football, I’m still rather young and I’ve always enjoyed challenges in my life.”

The video with his first press conference for Juventus.

Football: Twitterati reacts as the French add a second star to their kit