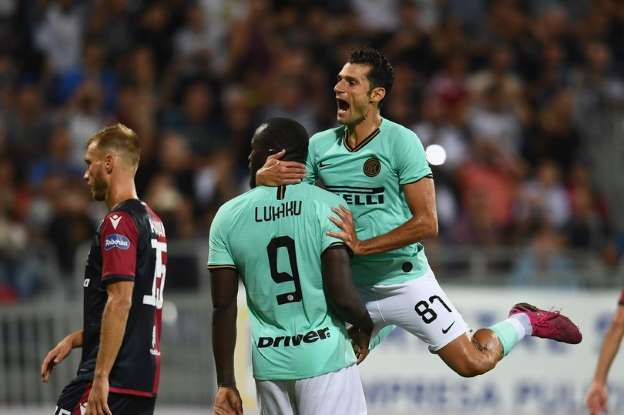 Romelu Lukaku found the net again for Inter Milan against Cagliari after his brilliant debut last week. However, his emergence at Italy has been intertwined with the most obscene part of the sport – racism.

Cagliari fans who came under the radar after racist chants against Moise Kean of Juventus last season , found their way yet again to boo Romelu Lukaku. The 26 year old Belgian did have the last laugh as he scored the winning goal, a penalty but the encounter was enough for Lukaku to issue a social media awareness message.

‘Many players in the last month have suffered from racial abuse… I did yesterday too,’ the Belgian posted on Instagram on Monday afternoon. ‘Football is a game to be enjoyed by everyone and we shouldn’t accept any form of discrimination that will put our game in shame.

‘I hope the football federations all over the world react strongly on all cases of discrimination!!! ‘Social media platforms (Instagram, Twitter, Facebook…) need to work better as well with football clubs because everyday you see at least a racist comment under a post of a person of colour… we’ve been saying it for years and still no action. ‘Ladies and gentlemen it’s 2019 instead of going forward we’re going backwards and I think as players we need to unify and make a statement on this matter to keep this game clean and enjoyable for everyone.’