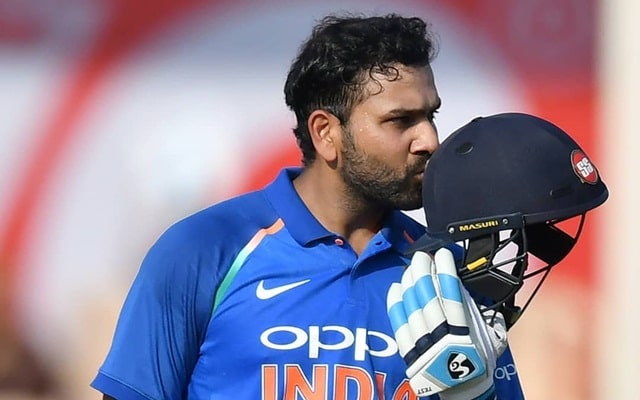 Yet another achievement for the ‘Hit-man’, as the Indian opener will be the first Indian male cricketer to play 100 T20Is when he takes on Bangladesh in the second match of the T20I series, on Thursday. Only Shoaib Malik of Pakistan has more than 100 T20I caps.

“It’s been a long journey since 2007, I made my debut in the T20 World Cup. There has been a lot ups and down in the last 12 years in this format particularly. This has taught me so many lessons going forward.” Rohit said.

“When you come into the team as a youngster, you are trying to learn things which happened quite smoothly at start. Then with few ups and few downs, I have become a stronger player and understood my game really well,” he added.

Rohit is also 48 runs short to become the first batsman ever to reach 2500 T20I runs, which is something he can manage easily in the ongoing Bangladesh series. Along with Virat Kohli (2450), he is one of five batsmen in the world to cross 2000 runs in T20Is.

Veteran keeper MS Dhoni is the second most experienced among Indians in T20Is, with 98 caps; while Shoaib Malik has 111.