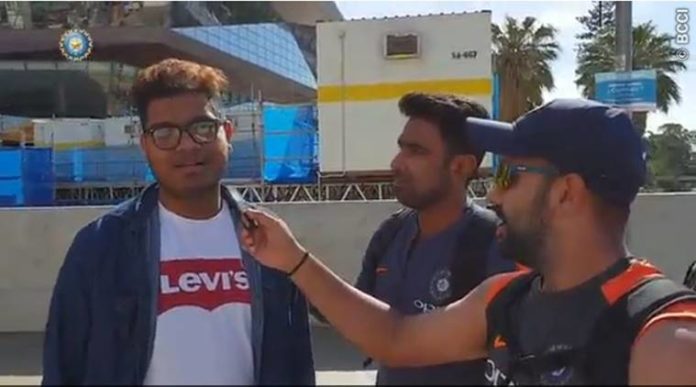 Ahead of the first Test between India and Australia in Adelaide, Rohit Sharma and Ravichandran Ashwin took to the streets en route to their team hotel. In a posted on the BCCI’s official website, both the Indian cricketers were seen having an interaction with people in the city. 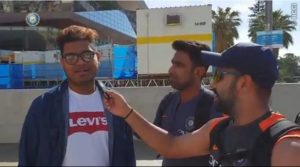 In the video, Sharma said that the team has enjoyed their time in the Practice Test and the members of the team are excited about the upcoming series. Sharma showed his interview skills and started asking questions from his fellow teammate. Both the players stressed that they do not wish to disappoint the fans in such a crucial tour.

As the two players walked on, they realised that a group of fans were following them to the hotel. The duo then decided to interact with the fans. Ashwin and Rohit met with a fan who travelled to Adelaide from Punjab and had the same name as one of India’s former allrounder – Robin Singh. The duo later met with another fan, who said that he wants India to cleansweep the series – invoking laughter from Ashwin.

After the chat, Sharma stressed that everyone in the Indian dressing room love the fans, but it becomes difficult for them to interact with them all the time. The duo later clicked selfies with them, before walking back to the hotel.
The first Test between India and Australia will begin from Thursday. Both Sharma and Ashwin have been named in the 12-man squad announced by the BCCI.
Also Read:
https://www.sportsindiashow.com/twitterverse-witness-an-outpouring-of-wishes-on-shikhar-dhawans-birthday/