Rohit Sharma became only the third batsman to reach the 5000-run mark in IPL cricket. The Hitman also recorded history after only being the fourth batsman to register 200 sixes in IPL history in MI’s previous encounter against KKR. 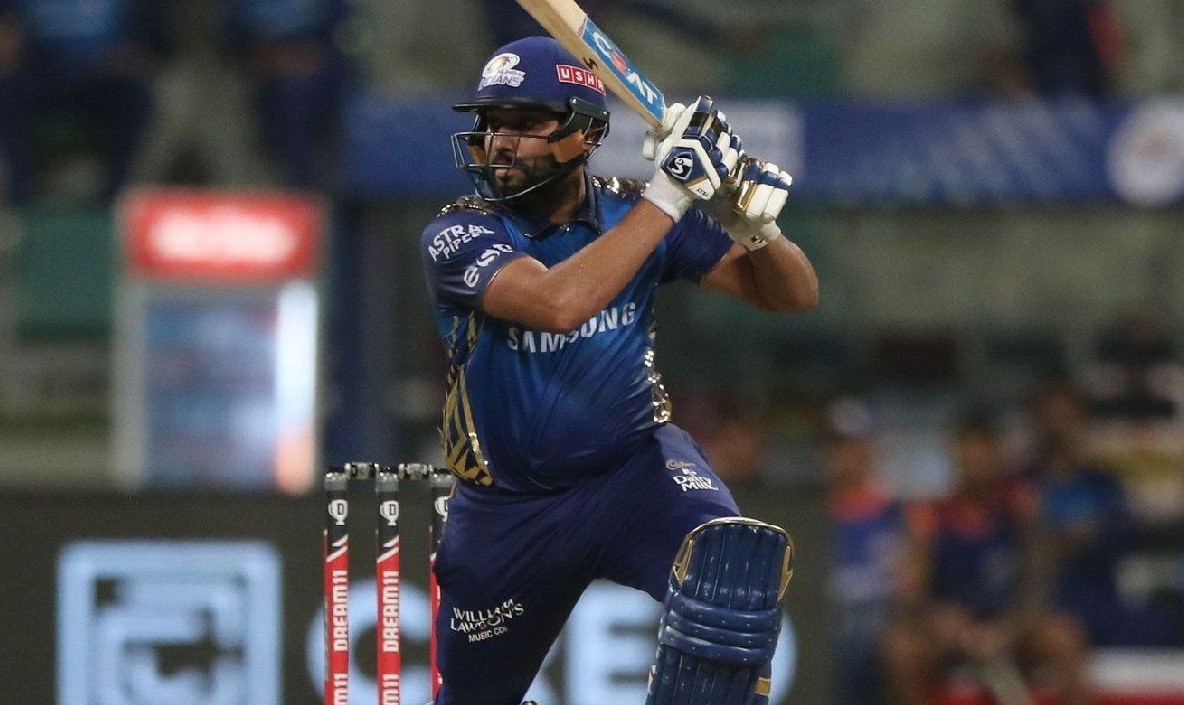 Rohit Sharma initially began his IPL career with Deccan Chargers before being roped in by Mumbai Indians for the fourth season. The Hitman has not turned back since then by becoming an integral part of the franchise’s success. Leading the team to a record four titles, Rohit Sharma has registered a slew of personal batting records as well.

Rohit Sharma brought up the elusive 5000-run mark with a boundary off his first ball. He drove Mohammad Shami through the off side to kick start his innings in style.

Rohit Sharma was put in to bat first after losing the toss to KL Rahul. Mumbai Indians named an unchanged eleven at Abu Dhabi for a crucial tie against Kings XI Punjab.

Apart from the run tally, Sharma also managed to register his 200th six in IPL cricket and in the process, became the fourth player after Chris Gayle (326) , AB de Villiers (214) and MS Dhoni (209) to reach the elusive landmark.

It was with the sixth six of the innings against KKR that Sharma was able to bring up his 200th six of his IPL career.