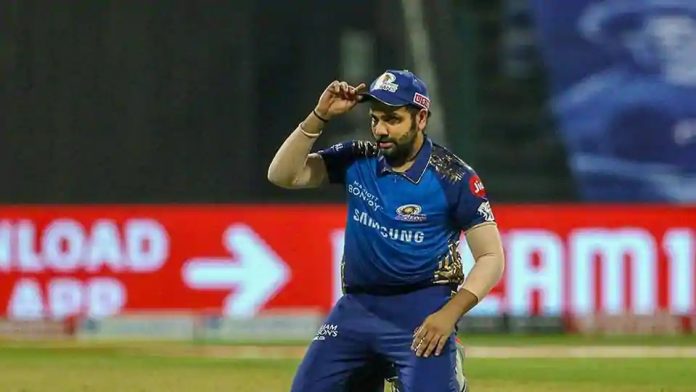 The wrangle over Rohit Sharma not getting selected for the Australia tour saw a new twist on Tuesday when the right-handed dashing batsman stepped out to play for Mumbai Indians (MI) against Sunrisers Hyderabad (SRH) in the Indian Premier League (IPL).

His surprising return also raised a number of eyebrows as many suggested that the opener was rushing his comeback for the playoffs. However, the Mumbai star has allayed all the fears regarding his hamstring. Speaking after the SRH clash, Rohit expressed his delight over returning to action before saying that his hamstring is absolutely fine.

Ever since injuring himself during MI’s double-Super Over loss to Kings XI Punjab last month, there have been more questions than answers about Rohit’s fitness status.

Even the BCCI president Sourav Ganguly opined that Rohit should tread cautiously while deciding on competing for his defending champions Mumbai Indians in the play-offs as he risks aggravating the hamstring tear that led to his exclusion from the Australia-bound India squad.

However, Rohit Sharma, on his part, never gave that impression. Soon after the Indian squad was announced a fortnight ago, Mumbai Indians announced that their skipper has returned to training in the nets. Rohit Sharma was seen batting in the nets on Sunday too before finally making his much-anticipated return on Tuesday.

The confusion around the talismanic opening batsman soared when soon after the announcement of the India squads, further adding to the intrigue over his absence from the Australia tour.

However, the defending champions and the white-ball specialist sprung a second surprise in as many weeks later on Tuesday when Rohit walked out for the toss against SRH. While the Mumbai Indians captain wasn’t asked about his fitness in detail during the toss interview, the decision appeared to be a ploy to test his fitness ahead of the playoffs.

Rohit and tour of Australia

That the opening batsman was omitted of the three India squads because he was believed to injured, but the batsman at the toss said that he is ‘fit’. The general protocol for players returning from an injury and vying for a place in the national side is that they have to prove their fitness first at the National Cricket Academy (NCA ). Now that Rohit has quashed all the rumours around his fitness, the ball is firmly in the BCCI’s and Indian Selection Committee’s court in this scenario.

The Indian team is set to travel to Australia from UAE after the conclusion of the IPL for which the support staff and other members of the contingent will undergo quarantine and regroup before the long tour.

Technically, we’re considering a window before a tour that starts at the end of November for T20s and one-dayers but the Test matches start around 17th of December which is a month and a half away. Whether Rohit Sharma fits in Virat Kohli-Ravi Shastri’s plans for the Test series is up for debate, but his prowess and pedigree in white-ball cricket means, he’s almost irreplaceable in the One Day International (ODI) and T20 side.

Rohit Sharma at the toss! Yes there is a qualification at stake but this is huge news. All eyes on him and his fitness

Rohit and the team management

Rohit Sharma’s limited overs record speaks for itself. His enigmatic batting displays over the years makes him a pivotal part of India’s batting in ODIs. However, the overall state of affairs within the BCCI could come into question post his comeback. If the BCCI were in the knowhow of the extent of Rohit Sharma’s injury, why was he hastily left out of the Indian team on the tour of Australia? The fact that logistically it would be impossible for the MI skipper to report to NCA and then fly to Australia given the lockdown and isolation protocols.

Also, it is worth a note that the BCCI medical team not deeming him fit for international cricket, his franchise may have cleared him for an IPL game since the BCCI fitness protocols are not binding on franchises. It could very well be the play between the player, the BCCI and the Selection Committee. Whether Rohit was obliged to convey the BCCI medical team about the injury he suffered while playing for the Mumbai Indians is the contentious issue.

However, the larger picture on the canvas is, If Rohit Sharma has proven fitness in seven days from the day Indian team was selected for Australia, then on what basis Indian team physio gave his injury report to Indian selectors that he is not fit or selectors made a blunder. The fact that Ganguly and head coach Ravi Shastri have made deterrent statements, makes things murkier than clearing the air. For Rohit Sharma and millions of Indian fans, will be hoping all is resolved clinically, just like his big hits!

We want him fit for Australia: BCCI prez Sourav Ganguly speaks up on the Rohit Sharma dilemma