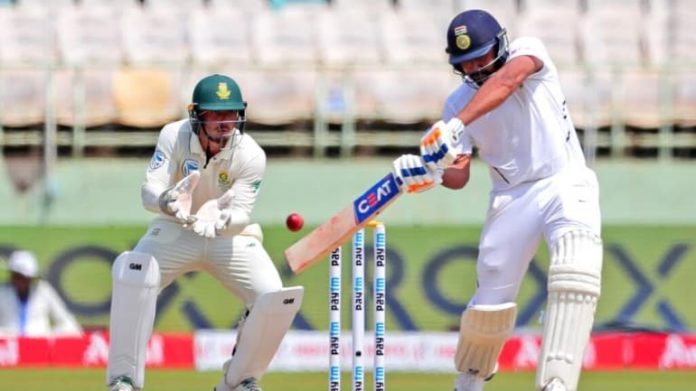 Rohit Sharma was in full positive vibes after scoring three hundred three runs in the two innings after being India’s new test opener against South Africa in the first test match of the Freedom Series. 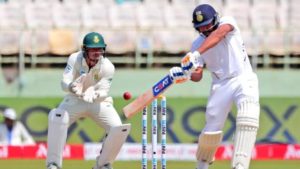 It was not long ago when the Indian white ball opener was not even in the mix of being an opener in the test side and was tried as a middle order batsman. Batsmen like Murali Vijay, Shikhar Dhawan, Mayank Agarwal, Hanuma Vihari, KL Rahul and even the young sensation Prithvi Shaw was given a chance in place of the experienced Rohit Sharma. The young Shaw utilized his opportunities but an untimely injury during the warm-up match in the Australian tour ruled him out and a doping violation has led him to be sitting on the bench until November third week. Even after string of low scores K.L Rahul was given his chances in order to give him time to settle and score big but it didn’t go as per plan and was dropped from the team.

The Mumbaikar was given his chance he didn’t disappoint the crowd and the team management and proved Captain Kohli’s decision right for sending him at the top of the order.