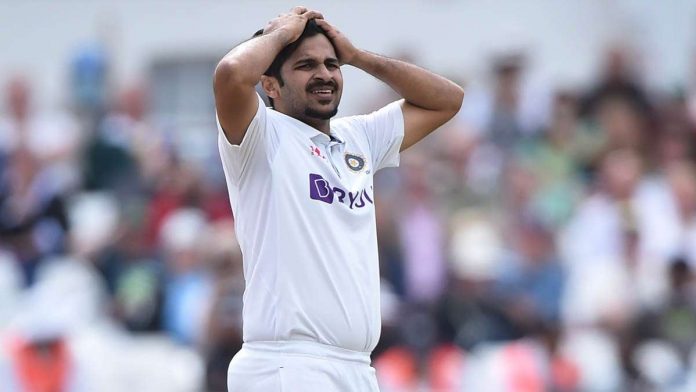 Team India came back from behind and managed to secure victory in the fourth Test against England. This was possible due to valuable contributions made by Shardul Thakur, Rohit Sharma, Jasprit Bumrah and Umesh Yadav. However, Shardul Thakur won the hearts of the cricketing fraternity after smashing two fifties and taking crucial wickets in the test match. 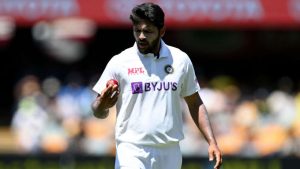 Shardul was making a comeback after sustaining a hamstring injury in the 1st test. His fifty in the first innings was critical as India were in hot waters. When he walked in India were 117 for six. Soon he was the only recognized batsman left after Pant departed. Hence, he made a counter-attacking fifty in just 32 balls to take India to a decent total of 191. He then took the priced wicket of Ollie Pope who was batting on 81.

Shardul then saved India in the second innings when the visitors were on the verge of a collapse after losing three wickets on Day 4. Thakur not only broke the 100-run stand between Rory Burns and Haseeb Hameed, but he also took the priceless wicket of Joe Root in the second innings.

However, the Player of the Match award was given to Rohit Sharma for his valuable hundred in the second innings which helped clear the 99-run deficit. But Rohit Sharma himself feels that Thakur should have been given the POTM award.

“It was a match-winning effort from Shardul Thakur. He deserved winning the Player of the Match award as well. He gave us crucial breakthroughs in critical times,” Rohit was quoted as saying after the game.

He wants to prove a point that he can score runs: Rohit Sharma on Shardul Thakur Rohit Sharma heavily praised Thakur for his batting in the fourth test. Rohit has closely watched Thakur grow. Both of them have played together for the same domestic team. He says that Thakur has worked hard on his batting as he wants to prove that he can score runs.

“Then, how can we forget his batting. To score around 50 off around 30 balls says a lot. Shardul has worked hard on his batting and I’ve seen him closely over the years. He loves his batting; he wants to prove a point that he can score runs,” Rohit stated.

“It was a momentum-changing innings as well. In the first-innings, we could easily have been all-out for 130-140, but the way he batted got us to a decent score. I got the POTM award, but I felt Shardul should have been a part of that as well,” he added.