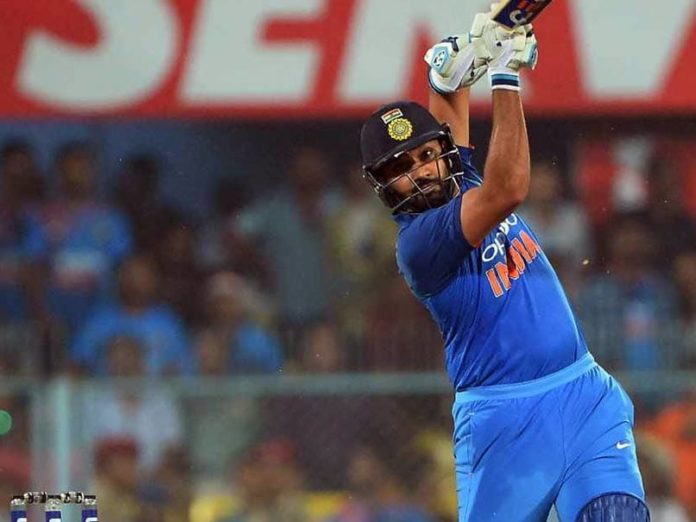 Team India opener and vice captain Rohit Sharma is on the verge of breaking yet another batting record ahead of India’s second One-Day International against West Indies on Wednesday. The 31-year-old needs just one six to equal Sachin Tendulkar’s sixes record in ODIs. Rohit Sharma at present has 194 sixes to his name in ODIs and he could equal or even go past the master blaster’s record of 195 sixes in the second ODI on Wednesday.

Rohit Sharma currently ranks 8th in the list of batsmen with most sixes in ODI career. Having surpassed former Indian cricket team captain Sourav Ganguly’s record (190 sixes) in the first ODI against the Windies. MS Dhoni also makes it to the list and occupies the 4th position with 217 sixes, the only Indian batsman to be in the top 5. Former Pakistan batsman Shahid Afridi tops the chart with 351 sixes followed by Windies opener Chris Gayle (275 sixes). The third on the list is Sri Lankan batting great Sanath Jayasuriya with 270 maximums.

The Men in Blue take the field again on Wednesday at the Dr. YS Rajasekhara Reddy ACA-VDCA Cricket Stadium, Visakhapatnam. The hosts currently lead the ODI series 1-0 after their resounding win in Guwahati.