Undoubtedly, Rohit Sharma is one of the modern greats of the game. Since he began opening the batting in 2013, he has been performing exceptionally well in white ball cricket. He was always a proven match winner in white ball. But now he has shown the whole world that he is a match winner in Test cricket as well.

Rohit has three double hundreds, five hundreds in a single World Cup edition and most international T20 centuries to his name. He is the most successful captain in the history of IPL, having led Mumbai Indians to five title wins. As an Indian skipper, he has led the team to 15 wins from 19 T20Is, a win percentage of 78.95. Since he started opening in tests, he has been the best opener in the world in terms of runs, dominance and class.

Two reasons which former cricketers and fans associate with why Rohit is able to pull off such things is because he has ‘extra time’ and ‘lazy elegance’. According to Virat Kohli, Rohit has 1.5 seconds extra than other batsmen in the World.

There is no such thing as extra time or he has got more time : Rohit Sharma 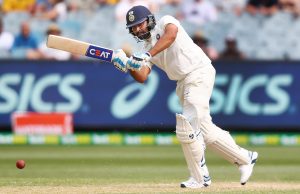 However, the hitman has ridiculed both lazy elegance and having extra time. He says he doesn’t believe in either of the two.

“I’ve heard people say that ‘he has got a lot of time’. No boss, I don’t have any time. I know that when I’m facing the bowler, you have to be ready. There is no such thing as extra time or he has got more time. Every batsman is challenged when he is facing the bowler, so you just have to be on top of your game, mindset to come out on top for that particular delivery,” Rohit told Dinesh Karthik in a video uploaded by Sky Sports.

“There is no time. Those guys are quick enough to rattle you. Yes, technically you can say that he plays the ball late, but there is no such thing as ‘he has got less time, more time’. I don’t think so.”

Rohit has been giving excellent starts to team India in the ongoing UK tour. He scored a couple of thirties in the WTC final. Rohit then had a 97 run partnership with KL Rahul in the first test against England at Trent Bridge. Both the gun openers then went on to register a hundred run opening stand at Lord’s. This was India’s first overseas century partnership since 2011.

Rohit Sharma scored a magical 83 in tough conditions. The pitch was green, the ball was moving and the conditions were cloudy. Yet the hitman displayed a dominating performance. However, he missed a hundred at Lord’s. Rohit has been getting starts consistently, but the icing on the cake would be when he is able to convert it into a big score.