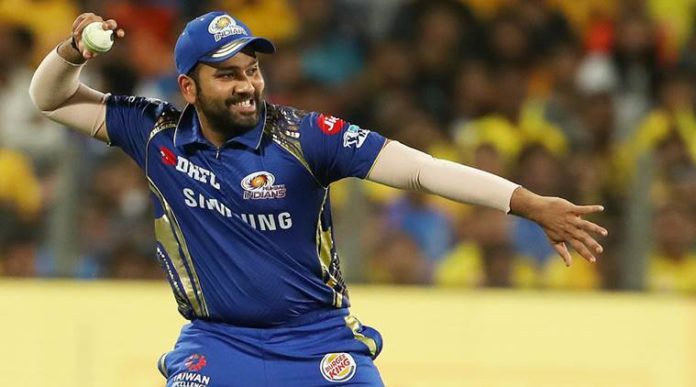 There is a sense of nonpareil with everything that Rohit Sharma does.

Over the years with his effortless batting, Rohit has enthralled cricket lovers, pundits and his peers alike. His easy-on eye batting, which is equally effective is often laced with aesthetical beauty.

Last year, the hitman-as he is known for his big-hitting prowess-scored five World Cup hundreds in England, the most by a batsman in a single edition. His exploits in the limited over cricket saw him top the run-scoring charts with 1490 runs to his name.

Rohit’s immaculate timing of a cricket ball has made people wonder whether he has that extra second as compared to the rest of his contemporaries.

Yet, there is a sense of void in his game when it comes to Test cricket.

The Mumbai batsman had a dream Test debut in 2013. The spotlight was elsewhere as the series was Sachin Tendulkar’s last of his glittering career. Rohit, nonchalantly though-cracked a ton on debut at the Eden Gardens against the West Indies. However, his graph has plunged ever since in Tests.

For Rohit, a successful IPL could pave an unlikely pathway to cement his place in the Indian Test side.

For Rohit, a successful IPL could pave an unlikely pathway to cement his place in the Indian Test side. Apart from his batting genius, Rohit is an able leader-backed by the 4 IPL titles he has won as a captain of Mumbai Indians. The wagers for the upcoming IPL matches can be placed here.

Captaining the side in the grafts of Test cricket can be laborious. Agreed Virat Kohli is a very proactive captain, who likes to lead from the front with his performances and on-field energy. But even he would need an able deputy, and that is where Rohit’s experience would come in handy.

Not to forget how he recently led the team to the Asia Cup title with commendable aplomb. Rohit, along with Ajinkya Rahane can certainly be a calming influence on the excitable skipper.

For someone like Rohit, who has received bouquets and brickbats in an equal measure-being level headed and calm under the drudgery of Test cricket is a natural thing.

Virat Kohli and head coach Ravi Shastri could do well to have invaluable experience of Rohit Sharma, especially on taxing away tours like Australia-which Indians would embark on after the IPL. His inputs and uncanny knack of reading situations could come in handy on a tough tour, where the Indian team’s ability to handle pressure would come under intense scrutiny.

While the 33-year-old Mumbaikar continues to make huge strides in white-ball cricket, he could do well to cement his Test spot in Australia. They say your reputation precedes you, and for Rohit Sharma-the Test batsman, the adjustment from his natural flair was bit too much to handle during his initial career.

However, the tables turned around last year, when he was promoted as an opener due to an injury to Shikhar Dhawan. Rohit Sharma 2.0 was unleased with a bang as he scored two consecutive hundreds in as many innings against South Africa.

Given his exploits of opening the batting in the shorter format for half a decade, Rohit would be well equipped to see off the red cherry on bouncy Australian tracks, which would suit his style of batting.

In addition, Rohit also knows the art of scoring big. His three double tons in ODI cricket is a testament to this fact.

The Indian cricket team is scheduled to play a four-match series against Australia later this year. While the Nagpur-born could not play the Test series against New Zealand earlier this year, he is most likely to be India’s Test opener down under in Australia.

Rohit’s inability to make full use of the talent he possesses in Tests has always remained an enigma. A good outing in the IPL would do a world of good to his confidence, which then would be carried forward in the national colours.

So far in his Test career, Rohit has amassed 2,141 runs in 32 matches, with the highest score of 212. Notwithstanding, Rohit still needs to prove himself at the top in testing conditions.

A modest average of 46 does not do justice to the talents of the man. With three ODI double-centuries in all, Rohit has aced the shorter-format of the game. The hitman seeks solace in whites.