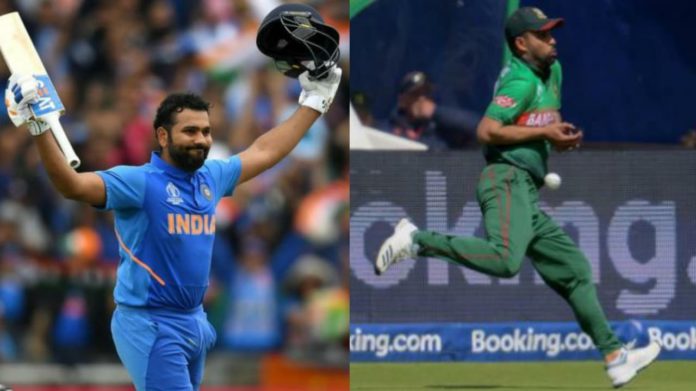 On Tuesday, another century was up for grabs for Rohit Sharma, and he did well to grab it. It was the fourth ton for the opener in this tournament with Bangladesh being on the receiving end this time. This makes Rohit Sharma the first Indian and the only second player to hit four centuries in a World Cup. Earlier, it was Kumar Sangakkara who had hit four tons in 2015. 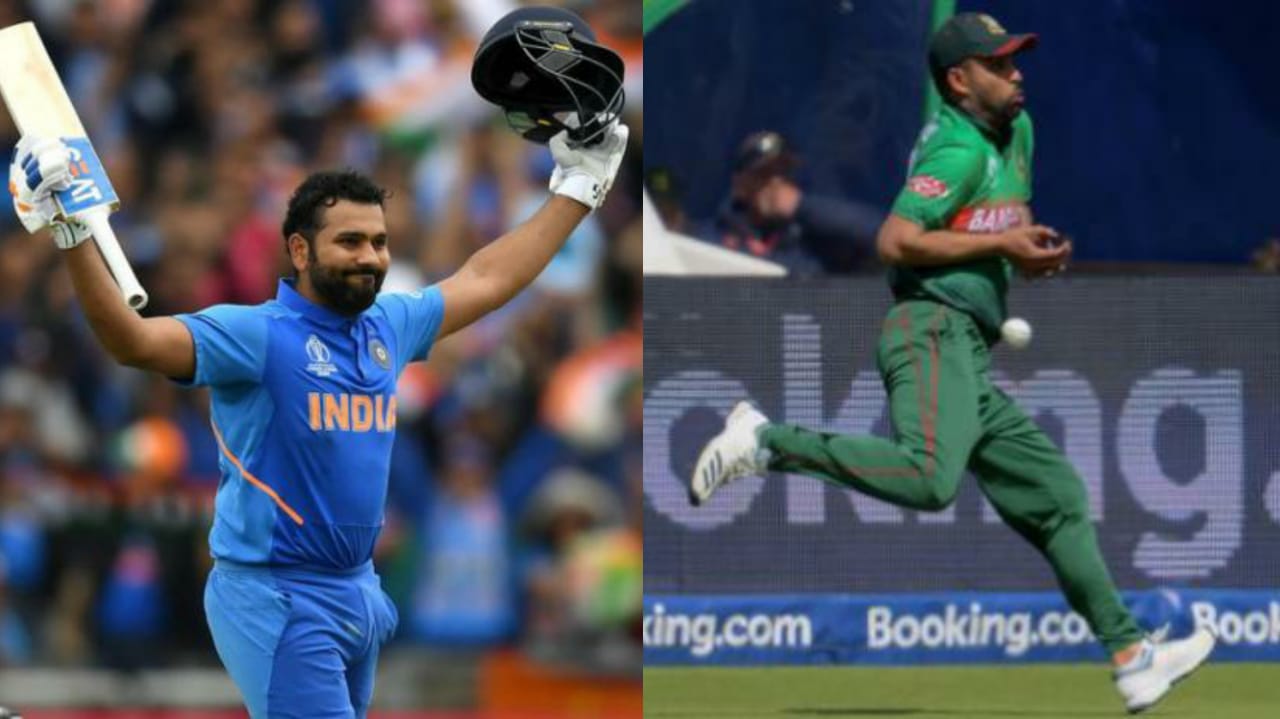 ‘You drop Rohit Sharma once on the field and he makes you pay.’ This has been the template of Sharma’s centuries in this World Cup. The first came against South Africa, followed by Pakistan, England and now Bangladesh. In each of these innings, Sharma had given the fielders a chance early on in his innings. However, the stars were in his favour on each of these occasions and the fielders dropped the catch.

And the form that Rohit is carrying at the moment was hardly going to give the opponent another chance. Especially today, Rohit Sharma was at his attacking best. Scoring 104 runs in just 92 balls, before he was caught, Rohit Sharma laid the perfect platform for a big score against Bangladesh.

Today, Bangladesh opener Tamim Iqbal dropped the Indian opener when had scored 9 runs. Then came the fourth ton of Sharma and as a result, India posted 314 runs. This was the 26th ODI century for the World no.2 batsman.

He is the first Indian to score 4 tons in a World Cup. Earlier it was Sourav Ganguly who had scored the maximum number of tons (3 in 2003). Sri Lanka’s Kumar Sangakkara was the first player to score four tons in one World Cup ( 4 in 2015).