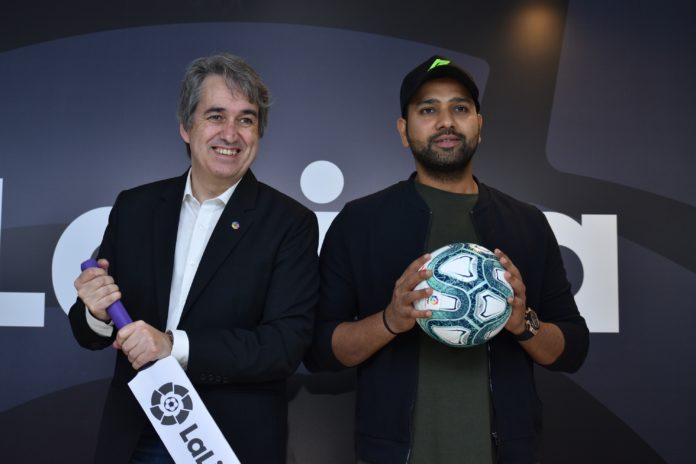 One of the world’s premier batsmen in the modern era and football aficionado, Rohit Sharma has joined hands with LaLiga – Spain’s top division football league as its brand ambassador in India. He is the first non-footballer in the history of the league to have signed the dotted line with them. Rohit comes on-board following a series of major initiatives by LaLiga in India since 2017. 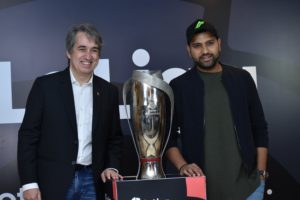 Rohit Sharma is amongst the most feared batsmen in the world having registered many records over his career thus far. The current ICC World No. 2, is the only batsman in the history of the game, to have scored 3 double hundreds in the 50-overs format including the world record 264. As the face of LaLiga in India and a proven leader, Rohit Sharma represents the virtues that LaLiga stands for – excellence, teamwork, authenticity, respect, commitment and passion. With his motivational and inspirational stature in the country as an individual and athlete, Rohit will help catalyze the growth of football across the country. 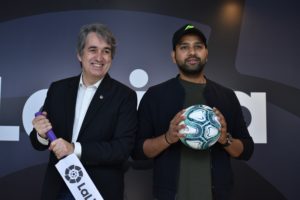 LaLiga has made focussed efforts in India since 2017 to nurture the sport and build the brand in the country. In the two years since LaLiga opened its office in India, the league has undertaken several key initiatives here like the launch of a one of its kind grassroots development programme, LaLiga Football Schools, a pioneering broadcast partnership with Facebook to provide all 300+ matches for free for Indian audience, bringing a top European club, Girona FC to India for the first time and many more. The association with Rohit Sharma is yet another major initiative by the league to further catapult the momentum football has been gaining in India. 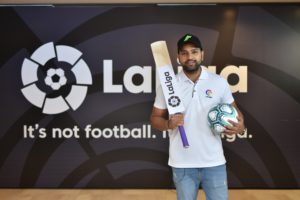 Jose Antonio Cachaza, Managing Director, LaLiga India said, “India is a very important market for LaLiga from a global perspective, we came here in 2017 to get a better understanding of the pulse of the nation. Over the past two years, and after several ground-breaking initiatives, it is obvious that India has a huge appetite for football. Rohit Sharma is the perfect example of this, in spite of being the most renowned face in Indian cricket right now, he is also an ardent football and LaLiga fan. In his persona on and off the field, Rohit embodies the LaLiga standards and principles. We are elated to have him as LaLiga’s first-ever non-footballer brand ambassador and as the face of our brand in India.” 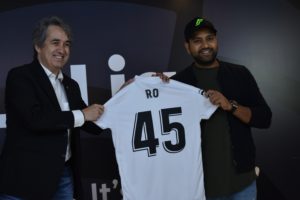 On the association, Rohit Sharma, Brand Ambassador, LaLiga India, said, “Football in India, is in its global growth trajectory and it is heartening to see that it is no more considered as the ‘sleeping giant’. Over the course of the past 5 years, we have witnessed significant growth in the interest of football in India. Credit must be given to everyone associated with it, including the fans.”

“I am truly delighted to be associated with LaLiga. It’s encouraging to see the Spanish giant have made inroads into the Indian football ecosystem through their grassroots program. Personally, I see this as an interesting journey for me into the beautiful game with LaLiga. I look forward eagerly to connecting with the football fans in India.”