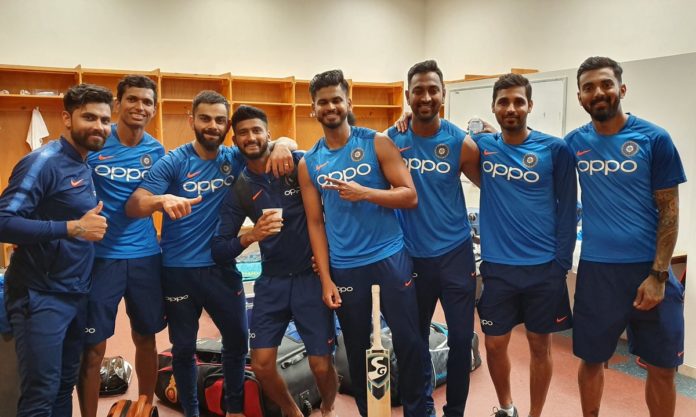 The Indian Cricket team has arrived in the United States for the upcoming T20 Internationals which starts on Saturday in Florida.

The players are busy practicing and get themselves in the right mindset before the tour starts, they have been seen enjoying themselves and posting pictures on social media. 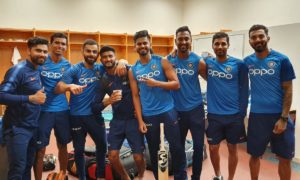 On Friday, the captain of the Indian Cricket Team posted a picture on twitter with a caption “SQUAD”. In the Picture debutant Navdeep Saini, ace all-rounder Ravindra Jadeja, Krunal Pandya , Shreyas Iyer, Khaleel Ahmed, Bhuvneshwar Kumar and KL Rahul can be seen alongside Captain Kohli.

However, India’s leading batsman in the shortest format of the game Rohit Sharma was missing from the picture and this gave ammunition to the people who have assumed that there is rift between Virat Kohli and Rohit Sharma.

The Indian limited over-vice captain doesn’t follow the Indian captain Virat Kohli and has recently unfollowed Anushka Sharma which added spice to the speculation of rift between both of them.