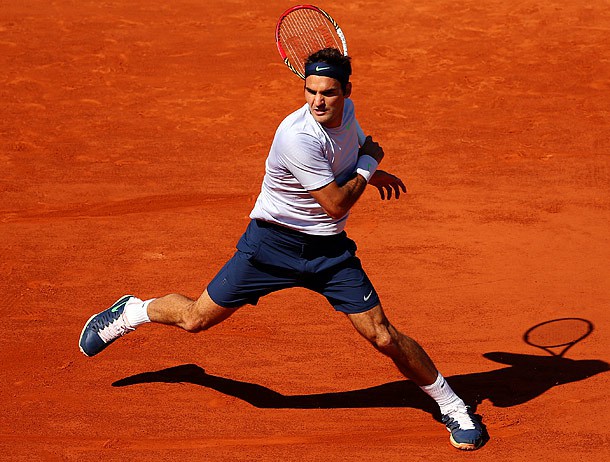 Roger Federer says he is seriously considering returning to play the clay season next year – spiking hopes of a potential match-up with Rafael Nadal at the French Open. Federer, 37, has not played a competitive tennis tournament on clay since May 2016 but the Swiss did not deny that he may make a comeback on the surface in 2019.

Explaining what is the most difficult point to adjust when moving from hard court to clay, Federer said: It’s just the waypoints are constructed. Glancing at the fine subtleties and nuances of playing clay as opposed to hardcourts, he went on explain how the terrain both enhances and hampers the players themselves, their movements, the mechanics and dynamics of how the ball reacts while on the pitch. ‘You feel like you hit a good shot but sometimes it can be the totally wrong shot because the guy’s on the run, he slides, and he totally gets back into the rally. The way you can actually counterpunch on clay is quite extraordinary, you know. I can also do it myself sometimes. And it’s a lot of fun, but at the same time, it’s quite hard to do it over and over again for both sides.’ he said.

The world No 2 claims he is going to make a decision before the end of the year – which could possibly affect his participation in the season-ending Paris Masters, which also effectively means, about between him and ‘King of Clay’ Nadal is sure to be witnessed should Federer decide to step foot on the outdoor soil in France.