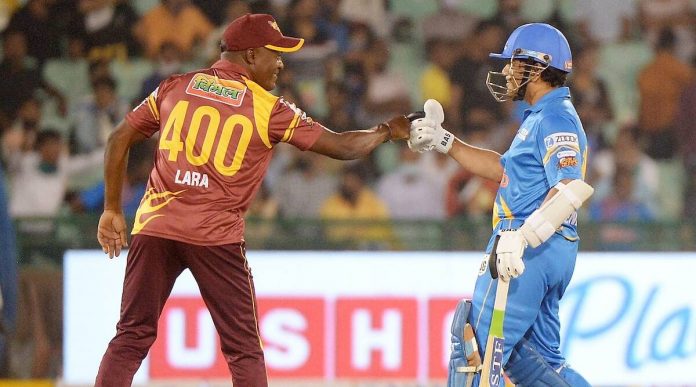 Road Safety World T20 Series has become a highlighted one as the legends are showing nothing but tough competition among them. Meanwhile, Sachin Tendulkar-led India Legends have qualified for the finals of the tournament after a stunning win over West Indies Legends at the Shaheed Veer Narayan Singh International Cricket Stadium on Wednesday evening. 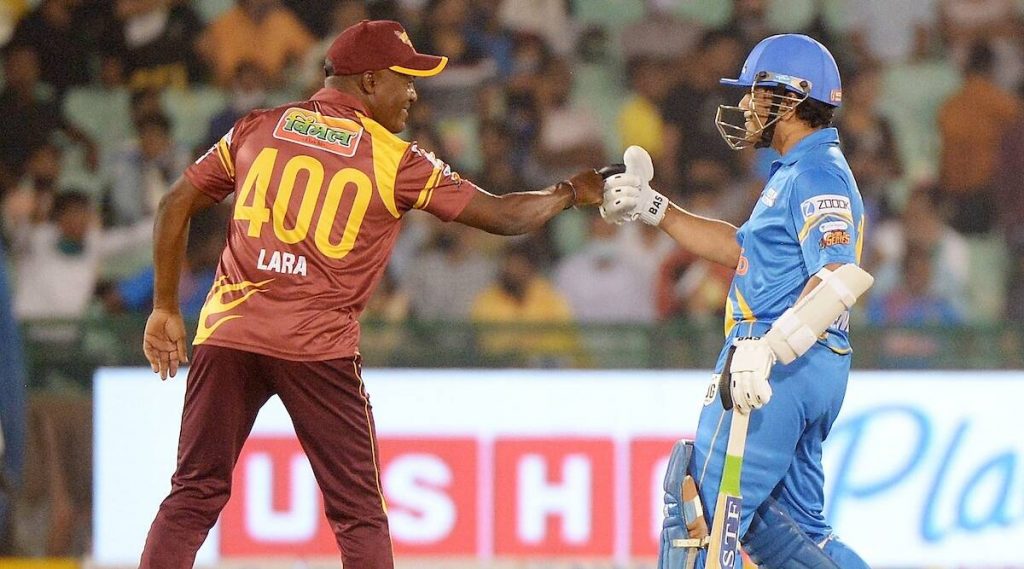 While requiring 24 in 12 deliveries, Indian pace bowlers R Vinay Kumar and Irfan Pathan bowled beautifully to help them win which at one point looked on the visitors’ court. Vinay Kumar took two wickets, including the captain Brian Lara (46) and Tino Best in the 18th over that brought the host back into the game as well.

Earlier, Dwayne Smith (63) and Narsingh Deonarine (59 not out) scored the fifties but that went in vain as Windies were knocked out of the tournament now. On the other hand, earlier put into bat first, the Indian Legends’ starred with the bat as they successively post another 200 plus target in the second consecutive game as well, courtesy of Tendulkar’s half-century and Yuvraj’s blistering 20-ball 49* which included six sixes and a four as well.

Other than them, Sehwag (35), Yusuf Pathan (37) and Mohammed Kaif (27) also contributed with the bat as well. However, it was Sehwag who started with a big shot by driving left-arm spinner Suleiman Benn through covers. And, since then Sehwag didn’t stop hitting the opponent while Tendulkar took his time to set his eyes in.

Later, the duo added a half-century partnership for the opening wicket before Sehwag got out after giving a return catch to seamer Tino Best. Meanwhile, Tendulkar continued his onslaught and scored another half-century. He also had a 53-run partnership with Kaif before the latter got out by Ryan Austin.

After Sachin Tendulkar’s dismissal, Yuvraj and Yusuf took on the Windies attack in the death overs and posted a huge total. However, Singh smashed six sixes in the last two overs. The penultimate over saw Yuvraj hit four sixes while the next two came in the last over as well and remained unbeaten at 49.