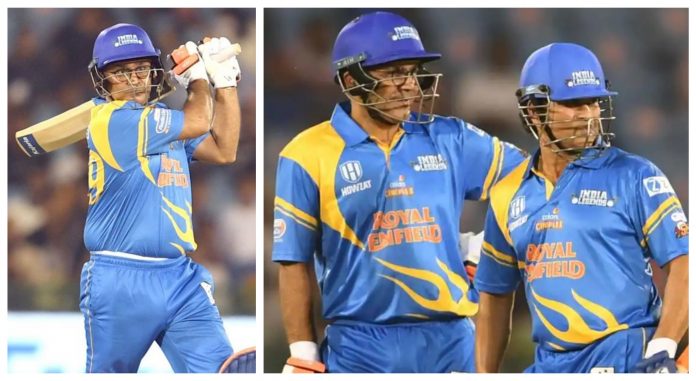 Road Safety World Series 2021 has officially commenced on Friday as the series made its return following the last year’s disruption due to the outbreak of the COVID-19 pandemic. In the opening clash, India Legends got a thrashing 10-wicket triumph over Bangladesh Legends at Shaheed Veer Narayan Singh International Cricket Stadium in Raipur. 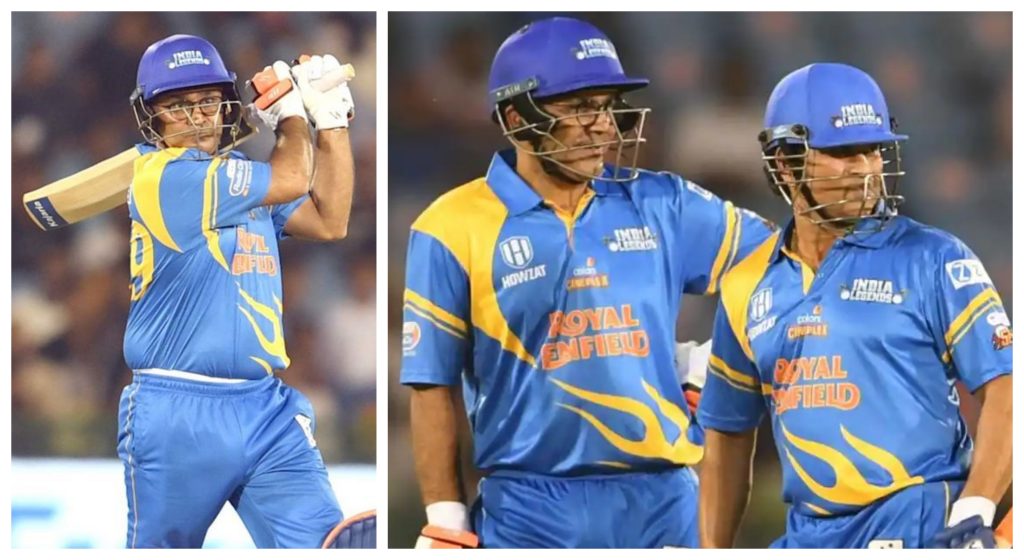 It is always a pleasure to see the legends on the pitch for a cricket match and it was no exception on Friday to see the heroes back again at the field as the veterans showcase a great match of Cricket.

Bangladesh Legends had won the toss as they had elected to bat first. Opener Nazimuddin scored the most runs for the debutant side as he pulled off 49 runs off 33 balls.

He and Javed Omar had stitched the opening partnership of 59 runs but their partnership was broken after the powerplay. Soon after India got the breakthrough, the batting line-up collapsed pretty quickly

Javed Omar and Rain Saleh were the only other batsmen who were able to reach double figures. They both scored a dozen runs each, while the rest couldn’t even score more than 7 runs.

The Indian bowlers were top-notch with the ball as they bundled the opponents for 109 in 19.4 overs. Pragyan Ojha, Yuvraj Singh and Vinay Kumar bagged two wickets each. Manpreet Gony and Yusuf Pathan also got dismissals apiece.

India Legends were remarkable with the bat as the opening pair of Virender Sehwag and Sachin Tendulkar’s were enough to chase down the target of 110 with 59 balls still to play and ten wickets in hand.

Sehwag alone scored a blistering 80 runs off 35 deliveries with 10 boundaries and 5 maximums while Tendulkar supported him, contributing 33 runs off 26 balls with five boundaries.

The partnership helped India to register the victory against Bangladesh Legends and are the table-toppers now. This marked their two straight victories, Sri Lanka Legends and South Africa Legends have also opened their accounts having two points each.

It has been confirmed that Shaheed Veer Narayan Singh International Cricket Stadium in Raipur would be the venue for the matches that would take place in the series.