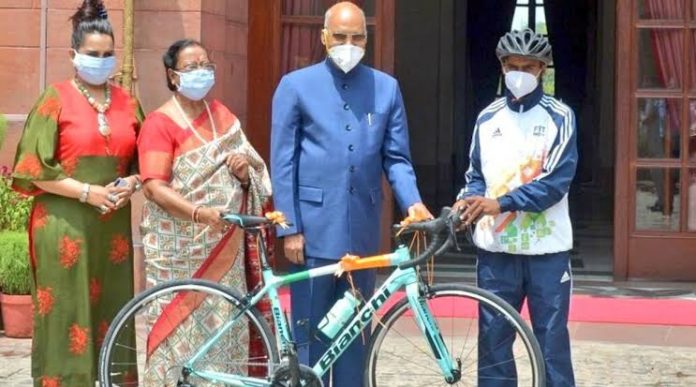 16-year-old cyclist Riyaz, whose passion for a sport rarely practiced by Indian youngsters was shaken by unemployment during the pandemic, will breathe an air of relief as the Sports Authority Of India has decided to put him under its wing. 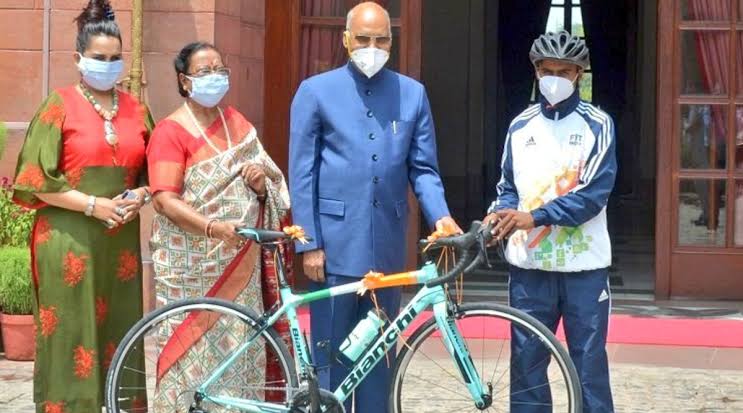 RIYAZ USED TO WORK AT AN EATERY BEFORE IT CLOSED DOWN

Riyaz used to work at a Ghaziabad eatery as a dishwasher to earn some money and keep his passion alive. However, when the Covid-19 pandemic broke out, the eatery closed down and he lost his job. Most of his family members returned to their ancestral village in Bihar, but Riyaz decided to stay back at Delhi in hope of finding one way or the other to continue training during the lockdown.

The 16-year-old was then featured as the subject of an article by Hindi daily Dainik Jagran, where his credentials and plight were highlighted, leading to none other than the President Ram Nath Kovind to take attention. The President later met the budding sportsman and gifted him a sports bicycle to help him with his training.

HE HAS THE STATS TO BACK UP HIS PASSION

The report stated that not only Riyaz is passionate about the sport, but has the stats to back him up, including a silver medal-winning performance at Delhi’s State Cycling Championship in 2018. Winning an Olympic gold for the nation is now his ultimate goal.

The meeting with Kovind took place in May, during Eid, and after Diwali, the youngster will become a trainee at one of India’s best cycling spots.

RIJIJU SAYS THAT SUPPORTING TALENT IS HIS MINISTRY’S PRIORITY

Union Sports Minister Kiren Rijiju tweeted the information on the matter, stating that the young cyclist will soon be training at India’s best cycling velodrome at Delhi’s IG Stadium. He stated that supporting talented individuals is the priority of his ministry.

“I’m happy to share that Riyaz will be our SAI trainee very soon. Hon’ble President Ram Nath Kovind had encouraged this young boy by gifting him a cycle during Eid, and after Diwali, he will be training at India’s top cycling Velodrome in Delhi’s IG Stadium,” he tweeted.

I'm happy to share that Riyaz will be our SAI trainee very soon. Hon'ble @rashtrapatibhvn Ji had encouraged this young boy by gifting him a cycle during Eid, and after Diwali, he will be training at India's top cycling Velodrome in Delhi's IG Stadium. pic.twitter.com/JtDC6igUwu

Inaugural Cycling Summit to be hosted in India next year, announces CFI