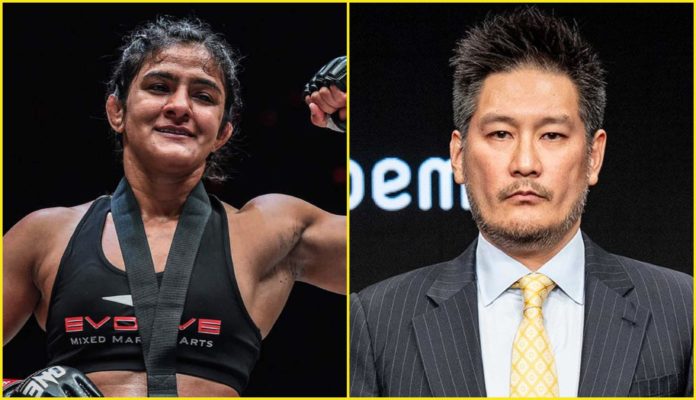 The show is helmed by entrepreneur and business mogul Chatri Sityodtong, who is the Founder, Chairman and CEO of ONE Championship. Contestants from around the world will compete in high-stakes challenges designed to test their limits, with the ultimate prize being a once-in-a-lifetime US$250,000 job at ONE Championship working under Sityodtong himself. 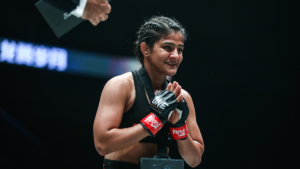 The Apprentice: ONE Championship Edition will feature 16 handpicked contestants from around the world to compete in a series of high-stakes challenges designed to test mind, body, and spirit. 12 superstar CEOs will serve as guest judges to determine the winner.

Chatri Sityodtong also announced the entire cast of The Apprentice and the fighters that will be training those 16 contestants.

He also stated that The Apprentice: ONE Championship Edition will be Asia’s biggest global reality TV show with a broadcast to 150+ countries.

Ritu Phogat: I am ready to fight Stamp Fairtex

While it’s unclear as to when Phogat will fight next, her appearance on The Apprentice will definitely boost her profile in Asia and around the world, while she still remains the biggest MMA personality in the country.

she is already eyeing top fights in her division. Speaking to The MMA India Show, a few months, she said that she wants to test herself against ONE atomweight Muay Thai champion Stamp Fairtex.

“She [Stamp Fairtex] competes in the atomweight division and she has been doing well. She is also a Muay Thai champion in the same weight class and I want to test myself against the best. I respect all my opponents and I am ready for whoever ONE championship matches me with,” Phogat said.

Stamp Fairtex is currently 4-0 in MMA, with three of her fights ending in a stoppage. Her Muay Thai pedigree is extremely elite, however, Phogat isn’t too worried about Stamp’s striking pedigree.

“My wrestling is elite and in the fight, I will use it and make sure that she fights to my strength,” Phogat concluded.

Sankaranarayana Menon: A 93-year-old bestowed with Padma Shri for contributions to Martial Arts