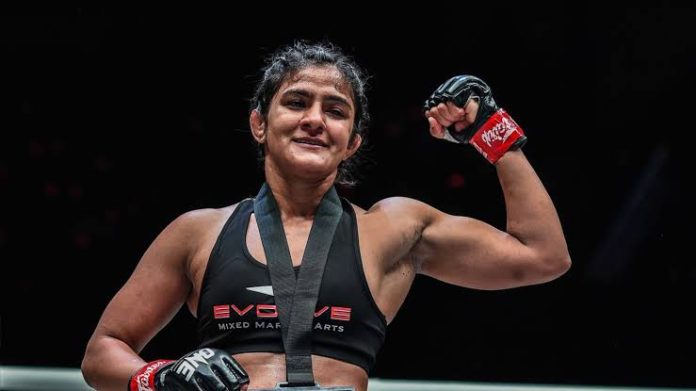 Indian wrestler turned mixed martial artist Ritu Phogat is getting married. She confirmed the news via an Instagram post featuring a picture that shows her holding the hand of her soon-to-be husband. 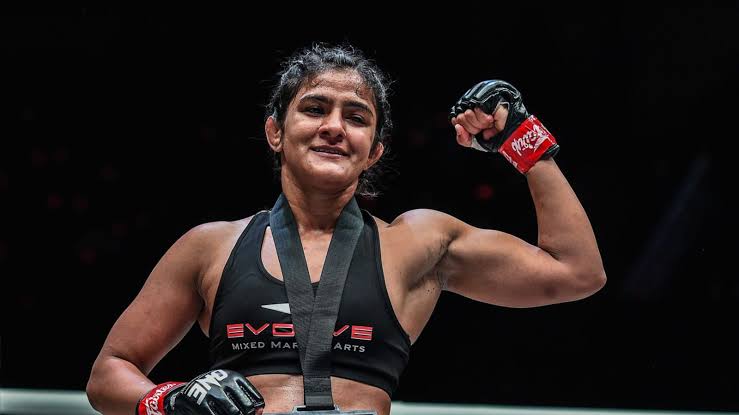 THE IDENTITY OF HER SOON-TO-BE HUSBAND IS CURRENTLY UNKNOWN

“i am starting new chapter of my life, need your love and blessings,” Phogat captioned the photo on the social media platform, following the text up with a heart emoji and a folded hands emoji. The identity of the man she is marrying, however, is unknown at this point.

i am starting new chapter of my life, need your love and blessings ❤️🙏🏼 pic.twitter.com/VGpDePNoCh

The third daughter of amateur wrestler and coach Mahavir Singh Phogat, Ritu followed the footsteps of her elder sisters to take up wrestling. The semi-autobiographical film “Dangal”, Starring Aamir Khan, is primarily based on the struggle and success of her parents and her elder sisters, and she only has a cameo as a child, played by Ananya Sharma.

In 2019, Phogat changed tracks to enter the world of MMA. She signed with ONE Championship. CEO Chatri Sityodtong commented on her signing: “Women’s wrestling sensation Ritu Phogat embodies the true values of martial arts and is a great fit for our organization. I would like to personally welcome Ritu to the ONE Championship family.”

Since her November 2019 debut against Nam Hee Kim, the Indian has crafted a respectable career with 7 wins and 3 losses. Her latest fight was a first-round defeat to Tiffany Teo.