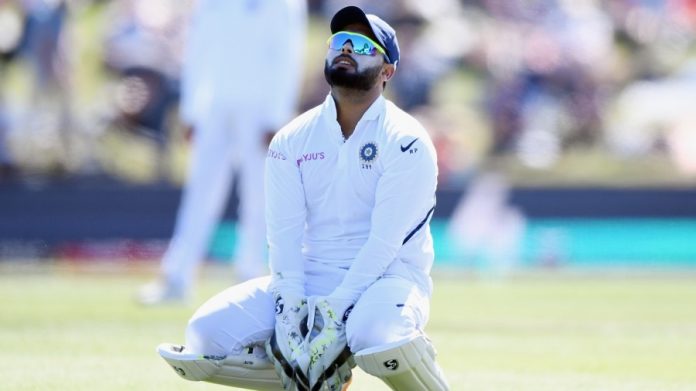 The fourth test and the Border Gavaskar series effectively hangs in the balance after an absorbing fourth day which was cut short due to rain. The competitive day did have a light-hearted moment when wicket-keeper Rishabh Pant kept himself merry with a chorus of the famous Spiderman song.

In the 56th over of the innings, bowled by Washington Sundar, Pant was heard on the stump mic singing the Spiderman song just as the ball was being retrieved from the field to the bowler. Watch the incident right below:

Tim Paine had just arrived at the crease following the wicket of Steve Smith. Rishabh Pant’s penchant for chatter is well known and especially in Australia, over the course of the last two tours.

The wicket-keeper, earlier in the series, had engaged in a battle of words against Matthew Wade as well.

After his spirited 97-run knock in the Sydney test, Pant is expected to step up once again as India face a similar situation at the Gabba on the final day.

India needs another 324 runs to win the test and the series, while only a draw is enough in order to retain the Border-Gavaskar trophy.

Mohammad Siraj led the way with his maiden 5-wicket haul while Shardul Thakur chipped in with four to dismiss the Aussies for 294 in their second innings. Rohit Sharma and Shubman Gill were only out for an over and a half with rain bringing a halt to the day’s play.