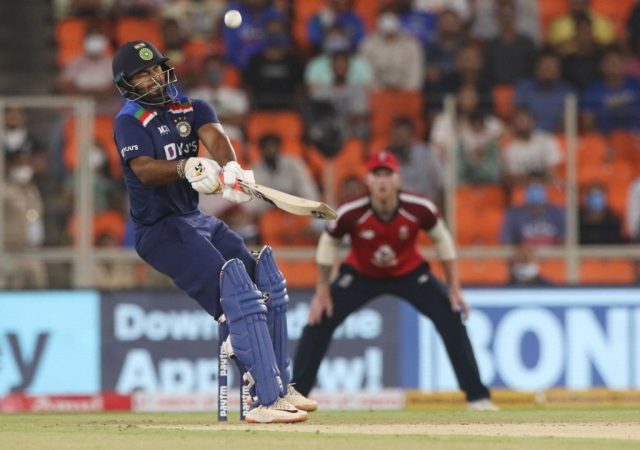 Rishabh Pant’s strokeplay is not short of admirers, but he managed to gain a few more after his exceptional reverse sweep off James Anderson in the final test. While it was believed to be a rare occurrence, the swashbuckling batsman has once again defied all odds to recreate the shot against the more fierce Jofra Archer.

Team India’s top order were taken out with utter ease by the English new-ball attack, but that did not deter the wicket-keeper batsman one bit.

Coming in at number four, following the dismissal of skipper Virat Kohli, Pant set the tempo with a boundary off his second ball.

The very next over, with the scorecard reading a shaky score of 8-2 after 3.4 overs, Pant attempted an eye-boggling reverse sweep off Jofra Archer’s fiery 141 kmph delivery.

Pant, with his quick hands, managed to connect the ball and dispatch it to the stands behind him, leaving the wicket-keeper and the slip fielder, spellbound.

Have a look at the shot right below:

What a shot Pant 😳 pic.twitter.com/nEx4iZfy54