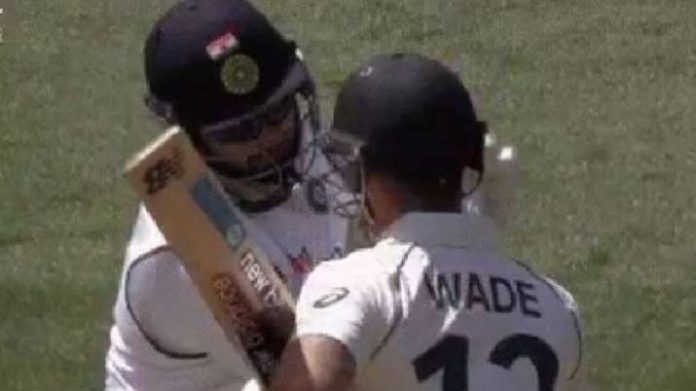 Rishabh Pant became a household name in Australia during the 2018 tour as his chatter behind the stumps ignited a war of words with skipper Tim Paine. This time around, he has chosen a different wicket-keeper batsman as his prey with Matthew Wade bearing the brunt of it. Pant had accurately plotted Wade’s dismissal in the first innings by asking Ashwin to keep bowling to the stumps.

India have been in the driver’s seat ever since the start of the Boxing Day Test. Australia had a herculean task in their second innings after trailing by 131 runs.

To ignite the Aussie batting unit’s vulnerability at the crease, Pant turned his chatter up a notch from behind the stumps. The comments during the overs bowled by spinners can be clearly heard since the keeper stands close to the stumps. 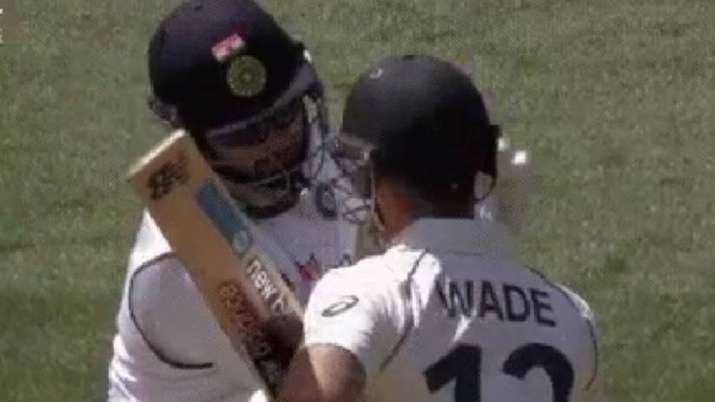 During the second session, when the hosts walked out to bat, India managed to scalp the wickets of Joe Burns, Marnus Labuschagne and Steve Smith. However, Wade managed to hold his fort with formidable temperament.

In order to play with Wade’s mind, Pant began his incessant chirping. After the batsman had enough, he resorted to mock Pant and asked him if he is having fun watching himself on the huge screen at the MCG.

Watch the clip below:

Pant: "He he he"
Wade: "He He He . Are you looking yourself in the big screen"? #INDvAUSpic.twitter.com/9hYyTGx7io

Earlier also, in the sixteenth over, Wade could be heard asking the wicket-keeper about his weight.

The session ended with the duo in a brief stare-off after Wade opted to leave the final delivery of the period off Ashwin.

After the culmination of the session, Wade was asked about the tension out in the middle. He claimed that the wicket-keeper laughs all the time, leaving him puzzled.

“He just laughs all the time. He doesn’t really say much, he’s just always laughing at you,” Wade told Fox Cricket as he was walking off the ground.

“I don’t know what’s so funny, it must be my batting.”

Pant eventually had the last laugh as Wade’s 137-ball stay ended midway through the final session. He was trapped right in front by Ravindra Jadeja leaving Australia reeling at 98-4.