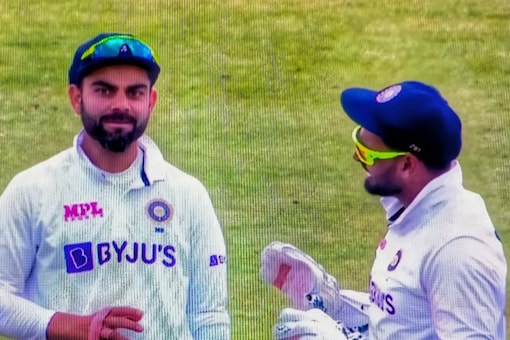 The marquee five-match series between India and England is off to a great start. Both the teams are battling hard to gain an upper hand on the first day. But what caught every netizens attention was an interesting incident where Rishabh Pant convinced Virat Kohli to take a review. This eventually led to Zak Crawley’s dismissal to Mohammed Siraj. 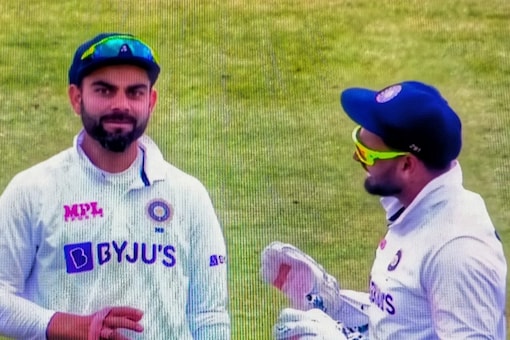 What’s fascinating is the fact that India lost one of their reviews only two balls earlier.

India had wasted a review on Crawley in the 21st over. A ball from Mohammed Siraj hit the batsman’s pads and went to the wicketkeeper even as the Indian skipper Virat Kohli thought the batsman had edged it and asked the appeal to be referred to the TV umpire. But the review showed that there was no edge from Crawley. Hence, he remained not out.

On the last ball of that over, another appeal was turned down for caught behind. But wicketkeeper Rishabh Pant was adamant and forced Kohli to review again. Crawley had to go back after replays showed the ball edged his bat before hitting his pad.

Kohli then clapped for Pant, lauding him for his decision.

A bit of camaraderie between skipper and wicket-keeper 😄

What are they talking about? 🤔💭
Wrong answers only 🤪👇

Virat Kohli clapping for Rishabh Pant for convincing him for the review. pic.twitter.com/eigsTftblR

This is how Rishabh Pant convinced Virat Kohli for taking review for 2nd Time in the same over of Siraj #ENGvIND pic.twitter.com/NsLDGOOtve

Meanwhile, India lost another toss, as England invited them to bowl. Virat Kohli has lost each one of his seven tosses in England. These include five from India’s tour of 2018 and the recent World Test Championship final against New Zealand in Southampton.

In the first session, the match hangs in balance. India has been able to secure two wickets but the hosts have been able to score 61.

In the second session, India were able to strike early. Dom Sibley was dismissed by Shami, who has been bowling beautifully so far.

But England’s innings has been stabilized by England captain Joe Root and Jonny Bairstow. Bairstow is making his comeback to the England test set-up. He has been in phenomenal form in white ball. On the other hand, Root has not been in good form off-late in Test cricket. But he is off to a great start and is eyeing a big score. He has a great record against India. He would look to continue dominating the Indians like he always does.

ALSO READ: Ravi Shastri gives a “Thumbs up” to Dinesh Karthik for his stint as a commentator.