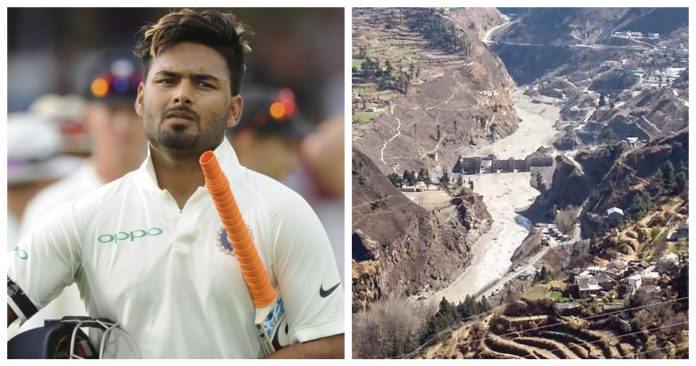 Team India’s wicket-keeper batsman Rishabh Pant has been in his best of forms ever since he has featured in the Test series against Australia. He played a few stunning knocks there and helped India win the series 2-1 as well as retain the famous Border-Gavaskar Trophy. However, he once again showed his class during the first Test against England.

Pant scored a quickfire 91 and took the team out of trouble too. However, this is not the end as the young and talented left-handed batsman has recently decided to donate his entire match fees to help the affected people by the Uttarakhand Glacier Burst. He even urged others to help for the cause as well.

Deeply pained by the loss of life in Uttarakhand. Would like to donate my match fee for the rescue efforts and would urge more people to help out.

On the other hand, his knock of 91 impressed many including his teammate and senior partner Cheteshwar Pujara, who has applauded him for the way he batted in the first innings against England.

“I am happy with the way overall he (Pant) is playing. He still has to learn a few more things. He still has to put the team into commanding position because he is capable of that and he is missing out on hundreds. So I am sure that he will learn from this — I speak to him at times at the crease what are the shots he can play and what are the shots he can avoid. He just has to do it,” said Pujara in the post-match press conference.

“There is a clear communication with him that there are some shots which he needs to avoid. There are some shots which he can continue playing if they are in his range. Then there are times when he has to understand, and even the coaching staff always communicates with him, that he has to put the team first and be a little sensible at times. He has done that most of the times. There are times he gets out and he looks ugly, but he will learn,” concluded Pujara who also scored a stable 73.