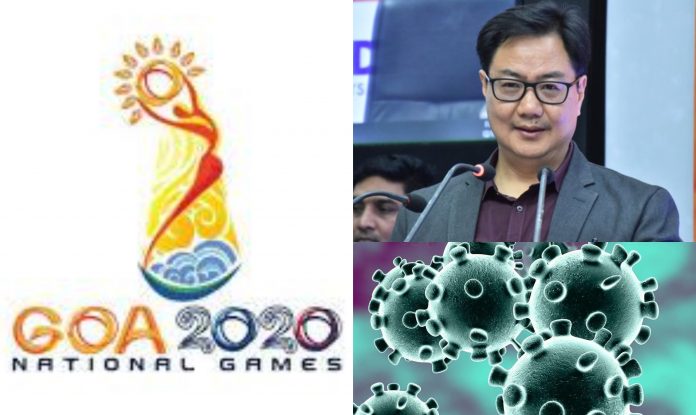 Kiren Rijiju, the current Minister of State of the Ministry of Youth Affairs and Sports, came forward to express his optimism about the restart of sports in the country as well as provided high hopes for National Games 2021, after their cancellation in the year 2020.

Sports have been on a hiatus in the country for almost a year now and as a result even the  2020 National Games of India, also known as Goa 2020, which were to be held between 20 October and 4 November 2020 in Goa, India, were postponed for 2021.

But Rijiju himself has now come forward with a revised sporting calendar according to which National Games 2021 will be held in Goa, with Meghalaya hosting the next edition in 2022.

“I will do what is necessary to promote sports in NE,” says Rijiju

The Union Sports Minister admitted that the calendar for the games was in jeopardy due to COVID-19 and that the infrastructure was also affected.

Dates are becoming a problem. Goa missed the chance last year because of COVID-19. Hopefully this year Goa could host the games, Rijiju told PTI at the sidelines of a program here.

Next year Meghalaya can (possibly) hold it. The chief minister is really giving his effort and time for the games, he said. “I will do what is necessary to promote sports in NE”, the union minister assured.

Assam Rifles Public School, Shillong becomes the first Khelo India Sports School from North-East. It's a major step to integrate sports in education with an effort to strengthen the sports culture of the country. pic.twitter.com/l0OHyTcuZD

Tapping the soft power of sports-

While addressing the crowd, Rijiju said, “It is a major step of integration of sports in education with an effort to strengthen the sports culture of the country.”

“With the coming in of Khelo India, the ministry is planning to make inroads, especially with the poor performance of previous Olympic events which the country took part in and to make amends to it,” Rijiju said.

“Sports is a soft power which can unify across all sections, and if tapped well enough, we could become a great sporting nation,” he added.