After 13 long years, Delhi Capitals finally secured a maiden final appearance following their win over Sunrisers Hyderabad in Qualifier 2. The franchise have a massive hurdle in the form of defending champions and league table-toppers Mumbai Indians in from of them. Ahead of the final, Ricky Ponting exclaimed that the side possesses enough firepower to topple Mumbai and be crowned the winners of IPL 2020.

The former Australian cricketer, who has now led Delhi Capitals into successive playoffs spot claimed that the players need to be at the top of their game to defeat the four-time champions.

“We’ve got enough firepower [to beat MI]. If they will be sitting back and thinking if there’s a team they wouldn’t want to play, it’ll be us. But it’s about us — it’s about how we turn up, how we play, as simple as that,” Ponting said.

Moreover, he added that Delhi Capitals have been far from their best during their matches against the finalists so far this season. With Mumbai Indians having won all three contests comfortably so far, Ponting feels the onus is on the powerplay batting and death bowling to avoid a fourth straight loss against the Rohit Sharma led franchise.

“We’ve been a long way from our best in the games we’ve played against Mumbai so far, and once we sit down today and try to address some of the areas that we haven’t played well against them — our powerplay batting, our death bowling — if we rectify those things and play somewhere near our best then absolutely I’ve got no doubt that we’ll win,” He added 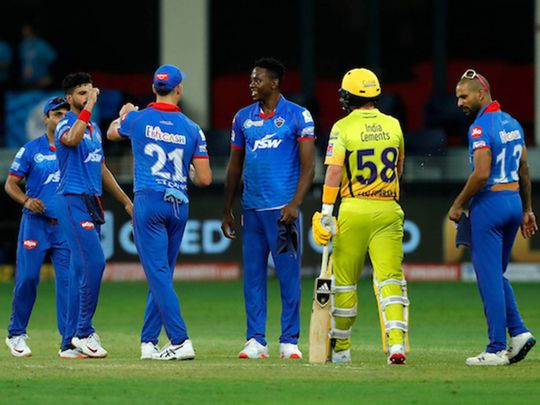 Despite a shaky start with a super-over win against Kings XI Punjab, Delhi Capitals found top gear in the first half of the competition by winning 5 matches out of 7. However, the side soon lost steam and could only win 3 games in the second half. The latter half included a dry spell where the team recorded 4 consecutive losses.

Much like the evidence implies, Ricky Ponting stated that the team endured a shaky spell after their first-half heroics.

“I had pretty high expectations coming here. I knew we had put a really good squad of players together. We had a great start, but things got a little bit shaky towards the back-end. But the boys have managed to play two really good games out of their last three, and hopefully, we can play our best game in the final,” Ponting concluded