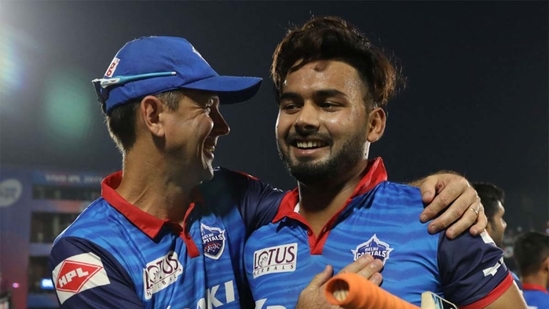 The 23-year-old Rishabh Pant had been promoted to the role of a leader of Delhi Capitals after Shreyash Iyer had to sit out the season due to a shoulder injury.

Ricky Pointing, coach of Delhi Capitals appointed Pant as captain and skipper of the team for the first leg of the IPL 201 season. He was pretty confident in his ability to lead the team and was sure that Pant would actually enjoy having such roles to play in the team.

“He has done a terrific job so far (leading DC in IPL). We are all striving for something special. This year we want to go one step further and Rishabh is going to play an integral part in that.”

Under Pant’s leadership, Delhi Capitals reached the finals of the season before increasing number of covid-19 cases within the bio-bubble forced the authorities to take the decision to stop the game.

Delhi Capitals won six matches out of eight. They were up against the long-standing champions of the IPL series, Mumbai Indians in the finals. They could have won the series if not for Mumbai Indians stomping on their dreams to clinch the gold.

Now the team is gearing up to grab the silver trophy. Rishabh feels that their team is in a better shape than last time, so there is a fair chance of them winning the game. He has urged the players to give 15 percent more effort to seal the win.

“We are better than last time this year. We have been focussing on the process for two-three years. We don’t have to do too many things differently from last year. We can do the same things and give 10-15 percent extra.”

Delhi Capitals are to face off Sunrisers Hyderabad in the IPl 2021 resurgence.

Iyer has also recovered from his injury so fans can expect to see him play this season. Coach Pointing is also very happy with his return. The team seems more complete.

“I am delighted to have him back in the team. He has been an exceptional player for Delhi, a world-class player. It does make our team look a little more complete.”