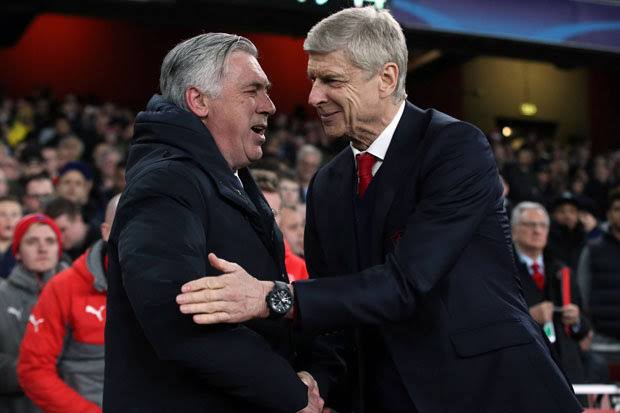 Arsene Wenger announcing his retirement in the closing stages of 2017-18 season was a shock to many. A legacy was left behind by this legendary Frenchman and given his cautious and calculated nature, one would have thought that his chosen successor would be reigning over Arsenal F.C. today but reports have emerged that it is not the case. 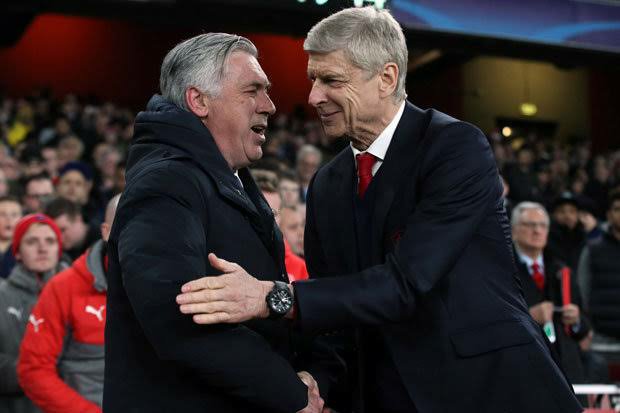 Unai Emery has an excellent track record in his managerial career after managing Sevilla and PSG but Arsene Wenger wanted another legendary manager to take his place. Premier League winning manager Carlo Ancelloti was his go to guy for replacing him.

Italian journalist Ciro Venerato has revealed some insight he happens to know from the time Arsenal was looking for replacements for Wenger.

“I’ll tell you a behind-the scenes story dating back to last summer when Arsene Wenger indicated Carlo Ancelotti as his possible heir and successor on the Arsenal bench.

“Carlo Ancelotti, as you know, has a Canadian wife and the whole family lives in London. So he was interested.

“Arsenal then chose Unai Emery and at that point Carlo Ancelotti signed for Napoli, but he did not forget that Arsenal rejected him.”