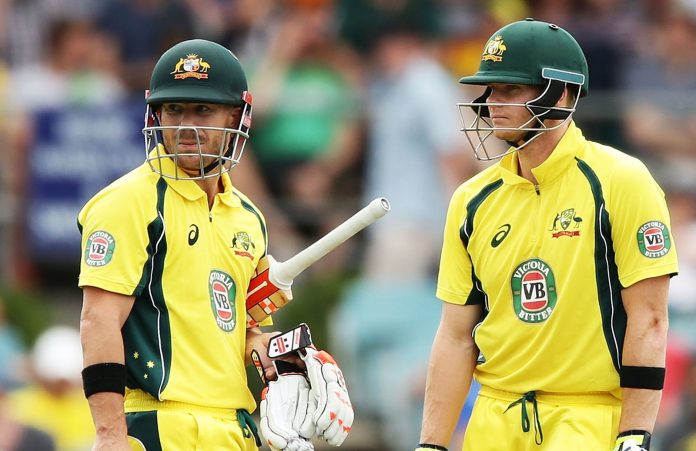 The much anticipated India’s tour of Australia is just around the corner with the white-ball series set to commence this week. On the larger spectrum, Virat Kohli and Co become the first Asian side to win a Test series Down Under when they toured Australia back in 2018-19.

Things, however, will be a bit different this time around. Unlike the last Test series between the two teams, Australia will have the services of David Warner and Steve Smith. Australia sorely missed the services of two of their talismanic players who both missed the last series due to the one-year suspension imposed on them for their involvement in the ball-tampering scandal in South Africa in March 2018.

On the field against Australia, one is always in a fight to the finish. No match is won or lost till the final ball has been bowled. That’s been the case with just about every Australian team. In addition, India would be without their skipper for 3 out of the four Tests. Kohli’s absence will be greatly felt not just for his batting efforts but also for the way he lifts the psyche of the entire squad.

India without Virat Kohli is just like Australia without Smith and Warner. It’s not just the runs he makes, but the way he lifts the psyche of the whole group.

Notably, Kohli is the leading run-scorer for his side in the longest format of the game with a total of 7,240 runs in 86 matches he played for India at an average of 53.62. In fact, Kohli is currently placed just behind Smith in the ICC Test rankings for batsmen.

So how much of a difference will all these factors make this time?

Given the scenario, things will be much more difficult for the Indians to defend the Border-Gavaskar Trophy. Firstly, Australia will be a different kettle of fish with the return of Steve Smith and David Warner. Marnus Labuschagne, having made the progress that he has in the last one year, will be a big challenge, too. So, the Australian batting this series will be much stronger compared to 2018-19 when not one Australian batsman scored a hundred.

On the flipside, Virat Kohli will be a huge miss. Rohit Sharma’s participation in the Test series is not known yet given his injury problems. Cheteshwar Pujara, who played a crucial role in India’s triumph 3 years back, hasn’t played competitive cricket since March. So for him to get ready for the series, those two or three matches would have been a big plus. But he is the kind of player who doesn’t get affected by anything.

Apart from the experience of the likes of Pujara, Rohit and Rahane-India have a few young guns in their ranks for the Tests too. Shubman Gill, who has so far played just two ODIs for India, is part of the ODI squad as well as the Test squad. He would be hoping to come out with good performances whenever he gets an opportunity to play in order to cement his place in the team. The inexperience, double up with the lethal Australian pace attack could spell doom for the visitors-especially with the kind of variety Australia possess in their bowling department.

After rain yesterday, the Aussies have their first hit at the SCG ahead of Friday's first #AUSvIND ODI pic.twitter.com/QGA6kICkNk

The combined experience of 15,000 Test runs between Steve Smith and David Warner could very well be the deciding factor when the two sides square off during the Border-Gavaskar Trophy later in December. Opening batsman Warner said he planned to use any taunts as motivation while refusing to retaliate in kind and maintaining a positive attitude. His milder approach appears to coincide with his return from a ban over the 2018 ball-tampering scandal, although the batsman attributed the laid-back demeanour to fatherhood.

Smith too, has been in sensational form and scored 700 plus runs in last year’s Ashes series. Half of his 26 Test tons have been scored on home soil and the mercurial No 4 would be hoping to add to that tally. In 34 Tests at home, Smith has amassed 3,344 runs at an astonishing average of 70.

Tours of Australia often bring the best out of a cricketer. Against a resurgent Australian side, the Indians will have their backs against the wall. India may approach the Test series with positive vibes, given their past success, but the presence of David Warner, Steven Smith and the emergence of Marnus Labuschagne makes it a compelling contest.