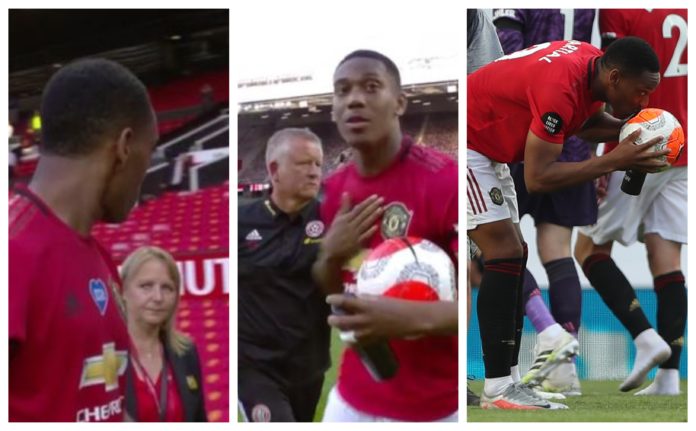 The Red Devils returned back to winning ways after a rusty performance against Tottenham Hotspurs. Leading the way was striker Anthony Martial who netted his first senior hat-trick but forgot to collect the well-deserved match ball at full time. 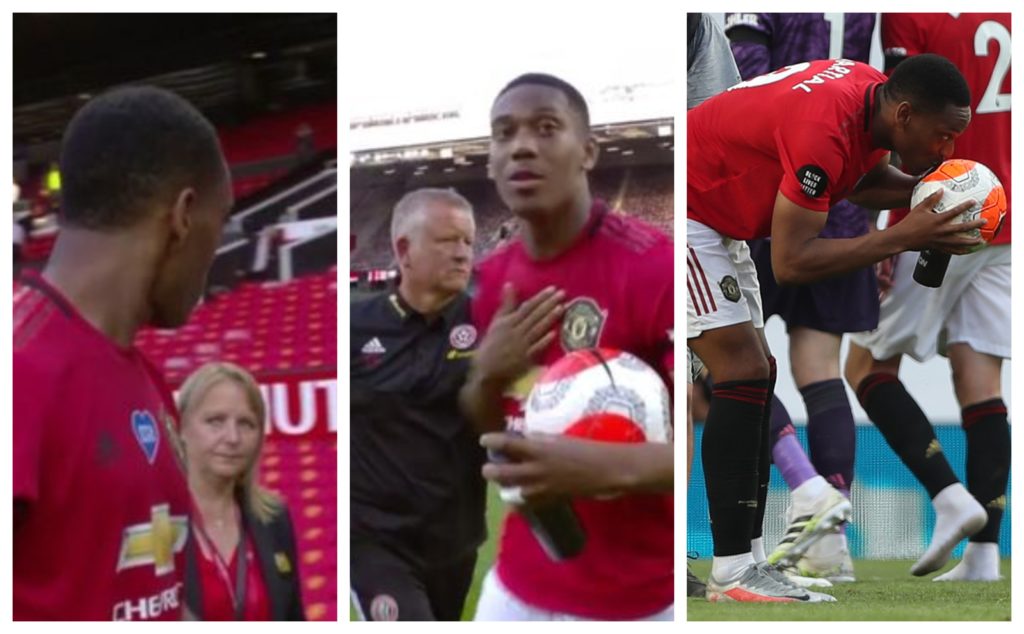 Anthony Martial, who did not have an eventful outing in London returned to form with a splendid hattrick. Facing a Sheffield United side only 2 points below them, the French international got into the act early with a tap-in set up by Marcus Rashford only seven minutes into the fixture at Old Trafford.

Nearing half-time, Martial got into the scoresheet once again with a tap-in set up by right-back Aaron Wan Bissaka. The 24-year-old finally completed his hat-trick in the second half with a lovely dink over the keeper after securing a through ball from Rashford.

The hattrick hero was substituted in the 80th minute and headed towards the tunnel after the full-time whistle. Martial had to be reminded by a member of staff to collect his match ball. The referees proceeded to roll the ball towards Martial who promptly picked it up and was congratulated by the opposition manager Chris Wilder. Watch the footage below:

Manchester United lined-up Paul Pogba and Bruno Fernandes together for the first time and pulled off a near-perfect performance to close the gap to Chelsea by two points, who play Manchester City next.

Anthony Martial’s hattrick was the Red Devils’ first in the Premier League since Robin Van Persie netted three against Aston Villa in 2013. Manchester United next travel to Carrow Road for a FA Cup quarter-final clash against Norwich City.