James Anderson is without a shadow of a doubt a living legend of the game who refuses to stop and ages like a fine wine. Jimmy turns 40 today and he has no plans of stopping. Usually, the shelf life of a pacer is really limited but seems like Anderson is built differently. He is the only pacer in Test cricket who has crossed 600 wickets and is still going strong in his 20-year-long international career. Throughout his tenure, he has delivered some breathtaking deliveries and some unbelievable spells which has left the audience awestruck. On this auspicious occasion, let’s relive some of those memorable spells.

Here are some top spells by James Anderson in Test cricket: England took on West Indies in 2017 with the anticipation of James Anderson breaching 500 Test wickets. However, Ben Stokes stepped up in the first innings and Anderson remained on 499 wickets.

However, he stepped up in the second innings and when he dismissed Kraigg Brathwaite, he notched up his 500th wicket. He then followed it with the wickets of Kieran Powell, Roston Chase, Jermaine Blackwood, Shai Hope, Devendra Bishoo and Kemar Roach and ended with his career-best figures of 7 wickets for 42 runs. England went on to win the match and the series. Despite not being a regular in the Test squad in the initial days of his career, Anderson claimed 80 wickets in the first 24 Tests he played. He was then drafted back into the squad for the 2008 series against New Zealand where he wreaked havoc.

Riding on Kevin Pietersen’s magnificent 115, England posted 364 in their first innings. James Anderson then stepped up and he had the ball on a hoop as he swung it and sliced through the New Zealand batting order.

He picked up 7/43 and 2/55 respectively as England smashed New Zealand by an innings and nine runs. James Anderson claimed 19 wickets in the three tests played on the tour. 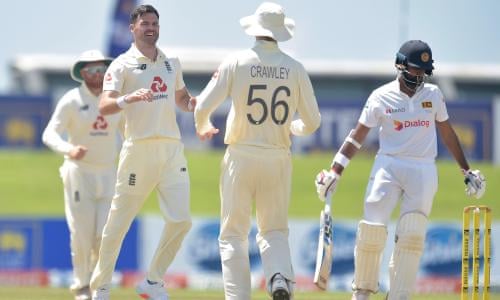 James Anderson took his 30th five-wicket haul in Test cricket on Day 2 of the second Test match between England and Sri Lanka at the Galle International Stadium. The England pacer sped up to 606 wickets in cricket’s longest format. 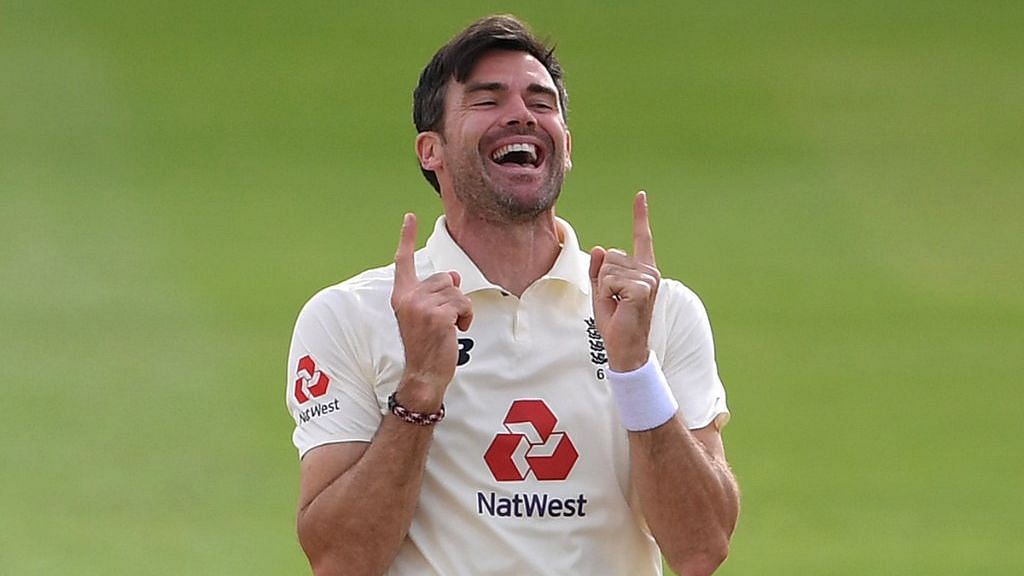 James Anderson picked up 5-56 in 23 overs to bag his 29th five-wicket haul in the format. His match-defying spell helped his side gain a substantial 310-run first-innings lead over the visiting Pakistani side. The mercurial right-arm pacer followed up his first-innings recital by claiming the wickets of Abid Ali and Azhar Ali in Pakistan’s following-on attempt.

The moment of euphoria arrived when he sent the Pakistani captain and first-innings centurion back to the pavilion to leave the visitors struggling at 109-3, thus eventually breaking the 600-wicket barrier, a landmark previously breached by only three bowlers before. 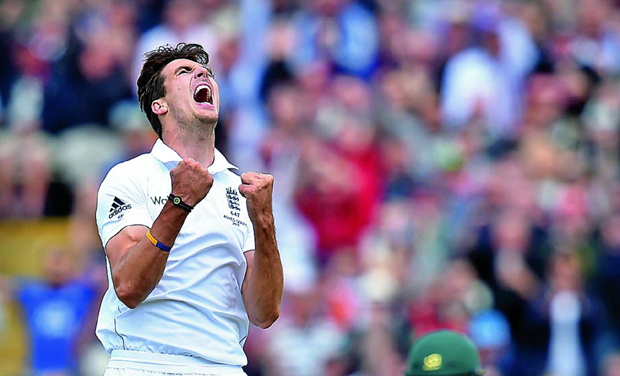 Trent Bridge has always been very kind to James Anderson and he exploits the swinging and seaming conditions perfectly.

#OnThisDay in 2015, James Anderson tore Australia to shreds at Edgbaston.

He claimed 6-47 – his best Ashes figures – as Australia were skittled for 136 in the first innings. England ended day one three wickets down and just three runs behind, and soon took a 2-1 series lead. pic.twitter.com/9yrVlkD6FL

England came into the second Ashes Test after securing a riveting draw in Cardiff, but Australia was the team under pressure as they batted on a tricky surface. They were three down at lunch, but the carnage followed post the break when James Anderson snatched four wickets in seven overs between lunch and the next break. This is when Australia was bruised and the series was decided.

James Anderson kept getting better as he aged. At the age of 36, he turned another corner and became almost unplayable, especially when conditions were in his favour. Against India at Lord’s, everything was in his favour: the pitch was green, the clouds were gloomy and India was asked to bat first.

James Anderson trundled in and got the ball to swerve around corners and the Indian batting order was brought to its knees. It was an absolute masterclass, he got the ball to swing and seam just enough and his economy was just under 2.

India was never in the game and the match practically ended in a jiffy in the first couple of hours itself as Anderson bagged another five-wicket haul. England’s win was a mere formality after the Indian batting order collapsed in the first innings.