On day 5 of the FIFA Women’s World Cup 2019 being played out in France, three exciting games of football were played. One of which, in particular, turned out to be quite historic and over amazing.

In the first game played between the Netherlands and New Zealand. The Dutch ladies defeated the women from New Zealand by 1-0. It was an extremely closely contested match and Jill Roord scored the winner in the very last minute of the match, at 90+2 minutes.

The second game was played between Chile and Sweden. Another closely contest game with Sweden scoring both their goals extremely late in the last 10 minutes of the match. The first being scored by K Asllani in the 83rd minute and M Janogy then doubling it up in 90+4 minutes. 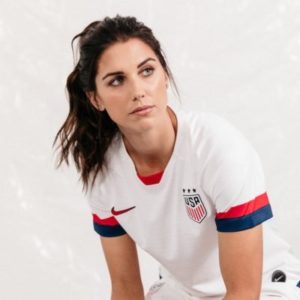 The third game of the evening was the amazing and historic game that we talked about. It was played between USA and Thailand, in which USA defeated Thaniland by 13-0.

For USA, it was like they were playing FIFA 19 on semi-pro mode, with Alex Morgan scoring a 5 goal haul, Rose Lavelle and Sam Mewis both scoring a brace.

Cricket: Yuvraj Singh bids adieu to all forms of cricket

Frustrated Lukaku reveals his angry response to Mourinho for being dropped

Marco Verratti: The best midfielder in the world?

Thorgan Hazard is in the radar of Liverpool and Arsenal