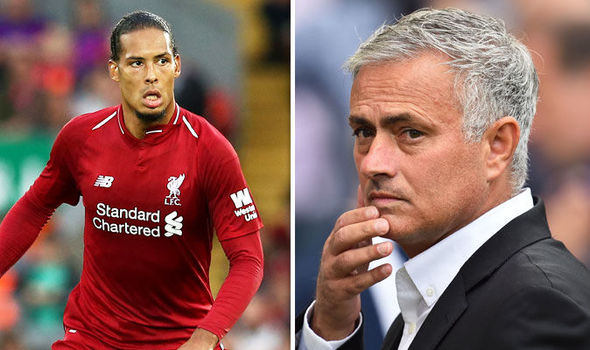 History probably would have been much different had Viirgil Van Dijk been a Manchester United player. Information has surfaced that there was only one thing between the Dutch defender and United – Jose Mourinho.

A piece from the Independent UK reads : “You wouldn’t have a situation, like at United, where a player’s name can suddenly be thrown out at such meetings from nowhere. You wouldn’t have a situation, like at United, where Jose Mourinho actually said no to bidding for Virgil van Dijk in the January 2018 window because he didn’t want a centre-half at that point, only to then decide he absolutely needed one above anything else a few months later. The thinking is far too joined up at City. The different parts of the club are all joined up. One complaint at United is that there is nothing really wrong with the scouting, as such, it’s that the departments don’t seem to complement each other. They’re not feeding an overall plan.”

The conclusion that can be drawn from this eye-opening analysis is that United are an agent-driven club and counterparts like Liverpool and Manchester City make sure their potential transfers are in alignment wiith their football philosophy and system.

Jose Mourinho depended on Smalling, Jones, Rojo and mainly Lindelof, none of whom have yet justified why they deserve to play for United. Perhaps , one different perception would have changed the current state of the club.