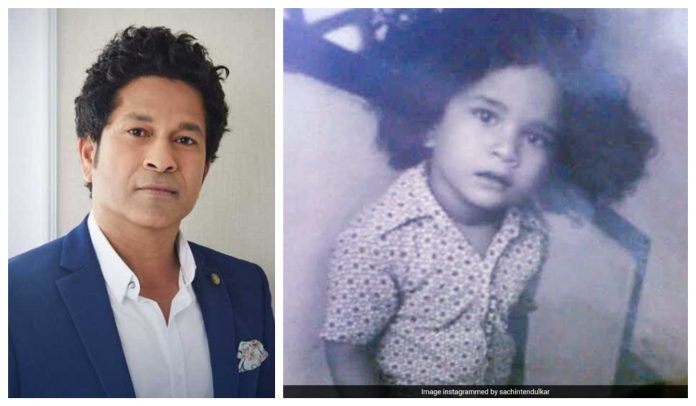 Batting maestro Sachin Tendulkar has a huge fan following across the globe which he has made with his swashbuckling all-round performances. His brilliant knocks throughout the years not only impressed the fans but also cricket pundits and he is considered as one of the best batsmen in world cricket as well. On Friday, the former Indian player took to Instagram and shared one of his childhood photos, with the caption of, “Back when the reason for long hair wasn’t the lockdown. Never knew I’d be posing for the gram at that time. #flashbackfriday #nostalgia”.

Back when the reason for long hair wasn't the lockdown.😋 Never knew I'd be posing for the gram at that time. #flashbackfriday #nostalgia

In the photo, Sachin Tendulkar can be seen having long curly hair and after posting the picture, it went viral in no time too. Even fans started commenting on it as well. While a fan commented, “God in his childhood”. Another fan added, “The kid that change the face of cricket”.

Meanwhile, the former batsman has been pretty active on social media during the lockdown period of the global pandemic novel coronavirus where he shared many things which also included his family moments, food recipes, haircut videos and a few more things as well.

Sachin Tendulkar, better known as the ‘Master Blaster’ – made his international debut for India on November 15, 1989, during a Test match against Pakistan in Karachi at the age of 16-years-old. He made his ODI debut in the same year on December 18. Ever since he made his debut, he broke and made multiple records in the game and also played a key role in India’s 2011 World Cup win under the captaincy of former India captain MS Dhoni.

For his outstanding contribution in cricket, he has also received the Arjuna Award, Rajiv Gandhi Khel Ratna Award, Padma Shri, Padma Vibhushan and the Bharat Ratna. Along with these, he was also inducted into the ICC Cricket Hall of Fame in 2019.

Meanwhile, the entire world has been busy watching their favourite stars in the 13th edition of Indian Premier League (IPL) in Dubai. While the league was earlier slated to be played in March, it has now being played with the postponement of ICC Men’s T20 World Cup.