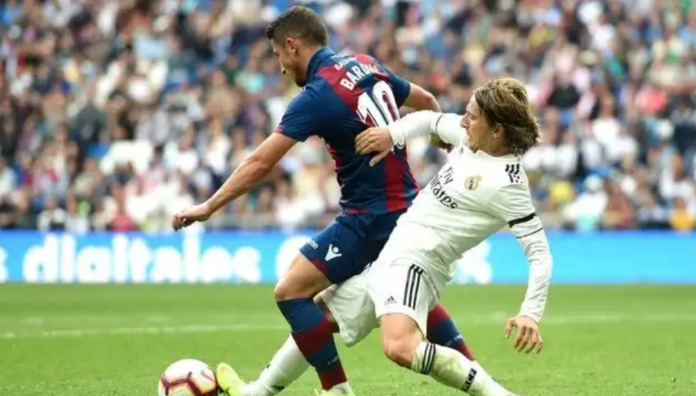 Real Madrid again faced a defeat in the La Liga against Levante on Saturday. Two back to back losses in two matches have put a question mark over the future of Julen Lopetegui at Real Madrid. The El Clasico is coming after one week and Real Madrid are already four points behind the League leaders Barcelona. The Los Blancos are now at the fifth position in the League Table in La Liga with 14 points from their 9 matches so far in this season. 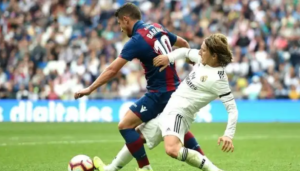 Julen Lopetegui has fielded a relatively weaker side against Levante as the likes of Gareth Bale and Karim Benzema were in the bench of Real Madrid. Mariano Diaz has got his first start of the season for Real Madrid in La Liga. But, the Los Blancos were behind just at the 6th minute of the match. Sergio Postigo has provided a beautiful through ball towards Jose Luis Morales. There was clear communication gap between Thibaut Courtois and Raphael Varane and Morales took the advantage of it to give the lead to Levante. Levante doubled their lead at the 13th minute of the match as Roger scored from the penalty spot. Real Madrid tried hard to make a comeback in the first half but all their efforts went in vain.

In the second half of match, Julen Lopetegui has brought in Karim Benzema, Gareth Bale and Dani Ceballos in place of Isco, Alvaro Odriozola and Asensio. At the 72nd minute of the match Marcelo’s strike reduced the margin to one goal for the Los Blancos. But they were not able to find the equaliser in the remaining part of the match. The match ended with the scoreline of 2-1 in favour of Levante. Julen Lopetegui is on the verge of sacking after such a poor start of the campaign. Antonio Conte is rumoured to be the new manager of Real Madrid within next few days.