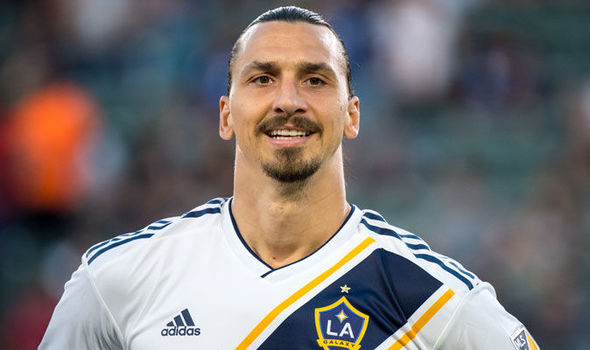 Real Madrid has not been the same ever since they sold Cristiano Ronaldo to Juventus in July. They have been subjected to a difficult start to the new La Liga season under manager Julen Lopetegui.

Ronaldo’s absence has created a goalless drought for the Los Blancos and they have only managed to win 4 games out of 9 in the current season.

With pressure continuing to build on Lopetegui, Spanish journalist Manolo Lama has told the Tiempo De Juego show that Real Madrid wants to sign Ibrahimovic to fill the void of Ronaldo and provide the much-needed firepower.

He said that Madrid desperately needs a forward and might jump for him during the January transfer window.

Ibrahimovic joined LA Galaxy in March written off as being past his best after injuries thwarted his second season at Manchester United.

The 37-year-old looks anything but down and out, though. Ibrahimovic has been in sensational form over at the Staples Center, bagging 22 goals from 26 appearances.

Ibrahimovic would not be against a move to Madrid, despite previously turning out for Barcelona.

The Sweden icon spent a year at the Nou Camp but left after clashing with Pep Guardiola.

And his agent Mino Raiola has previously stated that Ibrahimovic initially wanted to join Real upon leaving Barcelona in 2010.