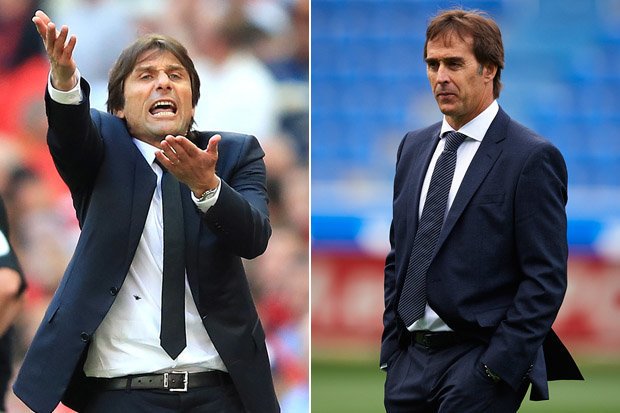 Real Madrid have reportedly sent a delegation to London to amicably dislodge the legal battle between Chelsea F.C. and their former manager Antonio Conte in order to bring the Italian to Bernabeu. 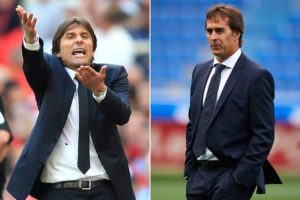 Although Conte was replaced by another Italian Maurizio Sarri, he is still engaged in a legal dispute with the West London outift over the compensation fee that he thinks he is owed. The former Chelsea manager is reportedly pursuing additional compensation claiming the time it took Chelsea to sack him – 55 days after the end of the season – cost him another top management job.

Los Blancos look to replace a struggling Lopetegui as soon as viable. Italian newspaper Corriere dello Sport believes Conte was first approached by Madrid after their 3-0 loss to Sevilla and now they are bent to bring him to the Spanish capital just after the El Classico.

Even though Conte seems to be the first name on the list to replace the former Spanish headcoach, some at the Madrid bureaucracy would favour former playmaker Guti to take the reigns. Either way, Lopetegui is running out of time to save his seccond job in less than half a year.