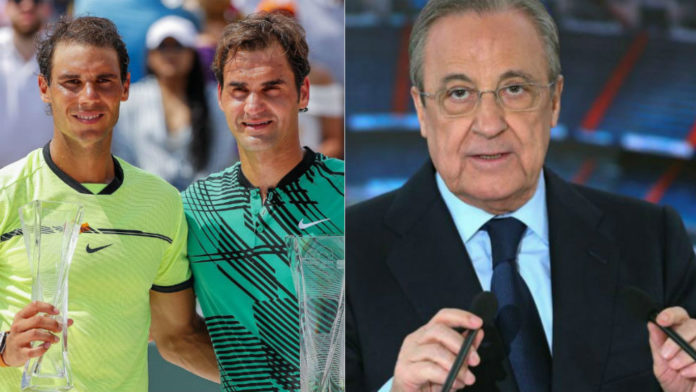 Real Madrid’s president Florentino Perez has revealed that the Spanish football giants are planning to host an exhibition tennis match between Roger Federer and Rafael Nadal at the Santiago Bernabeu. In a recent board meeting, the members were informed about the idea along with the proposal to introduce a Real Madrid women’s team. 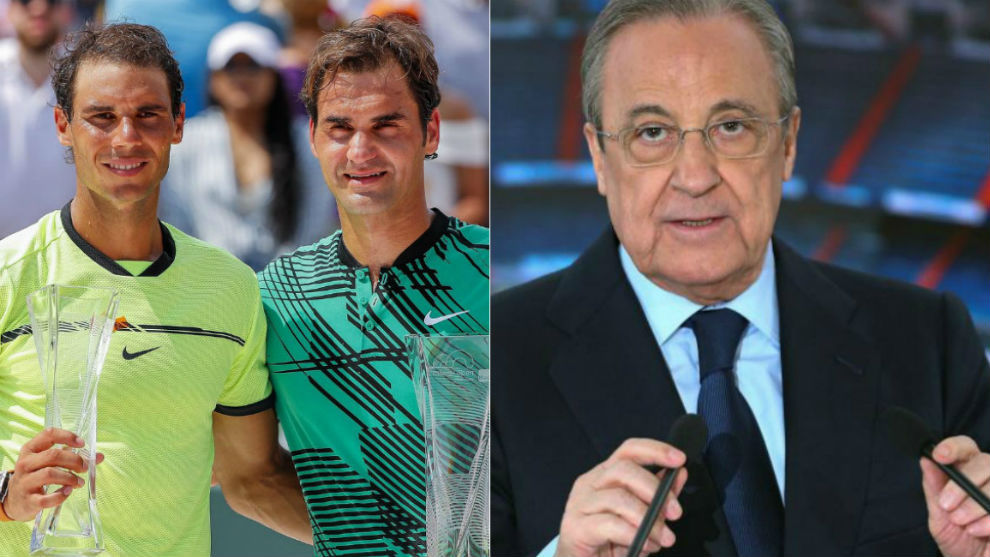 Spanish newspaper ABC claims that the president has spoken with Nadal on his plans to arrange the match in front of a massive crowd, 80,000 to be specific. The match would record the largest ever attendance seen at a tennis match, double more than the current record which stands at 35,681 when Kim Clijsters beat Serena Williams in an exhibition at the King Baudouin stadium in Brussels. However, the two greatest tennis players of all time will break the record when they play their African friendly in front of 50,000 people next February.

The Swiss and the Spaniard have met on 40 occasions with Nadal having a 24-16 advantage over his opponent. The pair was almost set to face each other for the first time ever in the US Open last week, but Federer lost the quarter-final to Grigor Dimitrov much to the disappointment of the fans. Nadal on the other hand, went on to lift the trophy beating Daniil Medvedev in an outstanding final which lasted four hours and 50 minutes. Both Nadal and Federer will be back in action at the Laver Cup next weekend where they might play doubles together for Team Europe.

Although, it is unclear at the moment about the date and time of the epic match at the Bernabeu, it appears that the clash will take place once the 38-year-old Federer retires from the ATP tour.