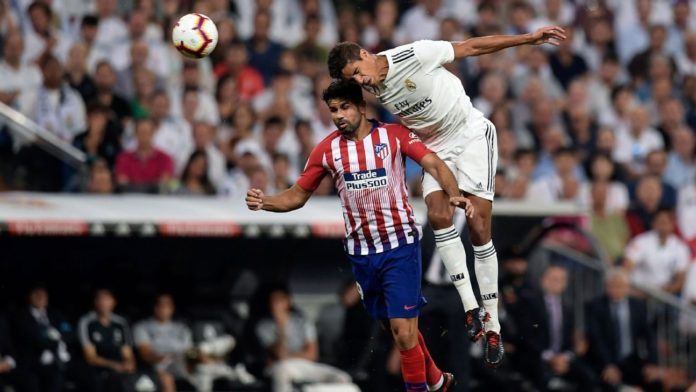 Despite a not-so-impressive run of form of late, Real Madrid were the favorites in the much-awaited derby clash against Atletico Madrid on Saturday. Real had come into the game after humiliation at the hands of Sevilla so it could have been the case that Los Blancos weren’t high on confidence. Yet it was impressive on both their and Atletico’s part to hold on to a draw in a game where chances were in abundance.

The match boiled down to the brilliance of the team’s defenses and goalkeepers. Atletico’s Jan Oblak and Jose Gimenez left their hearts out on the pitch for their team, putting in performances appreciated even by the majority of Real supporters inside the Bernabeu.

FIFA Player of the Year looked to be his usual brilliant self, getting shots away, passing the ball into key areas and creating numerous chances. Another Real player who looked absolutely incredible was young Marco Asensio. The Spanish looked dangerous whenever he got the ball at his feet and made Oblak make one of the best saves of his career in the second half. Toni Kroos, however, didn’t look to be completely in it.

Real are now level on points with Barcelona, only behind in goal difference at the top of the La Liga table. The Galacticos face CSKA Moscow in the Champions League on Wednesday, a fixture they’ll be hoping to win comfortably.

The score may have been 1-1 , but Liverpool and Chelsea put on a clinic