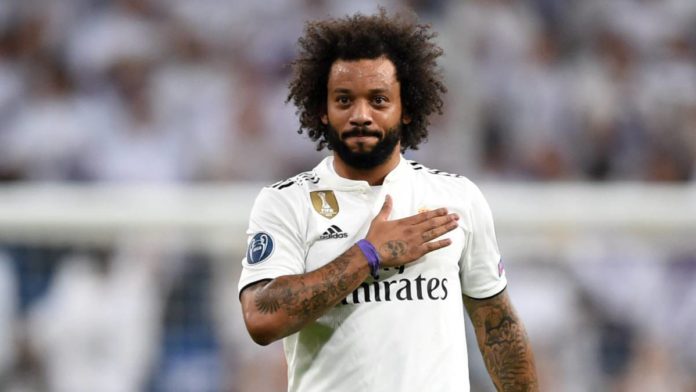 Amidst multiple rumours and speculations of him following his good friend Cristiano Ronaldo to Italy, Marcelo finally broke his silence on a potential transfer to Juventus, mere days ahead of the January transfer window. The Brazilian spoke to Spanish newspaper Club del Deportista, revealing that he ‘never’ considered leaving Real Madrid. 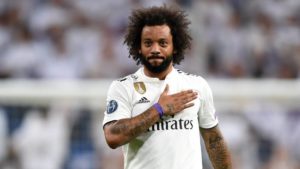 Real Madrid fans can breathe a sigh of relief as fullback Marcelo shot down any rumours linking him away from Santiago Bernabeu, hinting at possibly finishing his career at the club. The Brazilian’s loyalties were made abundantly clear when he said that he had ‘never’ considered leaving Madrid in his life.

To Marcelo, playing at Real was the stuff of dreams, something he couldn’t believe could ever happen, even after it happened. The former Fluminense defender thought that it was a joke when he got the news back in 2007 since everything panned out so fast at the time.

“I always saw Madrid as a huge club. Then all of a sudden I was part of a team with players I had only seen on television or in video games. It was pretty amazing.”, the Brazilian said.

On the possibility of a move away from the Spanish capital, the defender said that even if he got 15 minutes per game, he would give his all in that time, but he would never consider leaving the club.

The 30 year old has won 4 La Liga titles and 4 UEFA Champions League titles since joining Los Blancos from Fluminense in 2007.

Is this star English centre forward on his way to Chelsea?