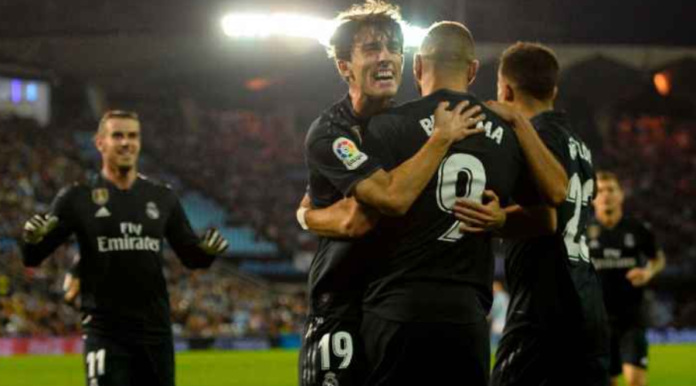 Real Madrid thrashed Celta Vigo in La Liga with a margin 2-4 on Sunday. After this win, the Los Blancos stayed at the sixth position in the League Table with 20 points from 12 matches so far. After the sacking of Julen Lopetegui it was their consecutive fourth win in all competitions under the management of the interim manager Santiago Solari. 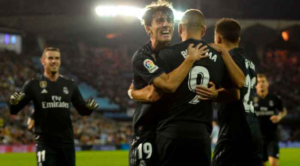 Karim Benzema scored the first goal of the match for Real Madrid at the 23rd minute of the match as he followed the through ball provided by Luka Modric perfectly. Gustavo Cabral’s own goal at the 56th minute doubled the lead for the Los Blancos. Hugo Mallo pulled one goal back just five minutes later with a brilliant ball provided by Brais Mendez. Sergio Ramos converted successfully from the penalty spot at the 83rd minute to make the scoreline 3-1 in favour of Real Madrid.

Gustavo Cabral was shown the second yellow card of the match at the dying minutes of the match. Dani Ceballos sealed the win for Real Madrid with another goal at the injury time. Brais Mendez scored a consolation goal for Celta Vigo at the 94th minute of the match. The match ended with a scoreline of 2-4 in favour of the Los Blancos.

In the post match conference, Santiago Solari sounded really happy with the performance of the players. He told,

“The most important thing is to do whatever is necessary for the good of the team, nothing else matters,”

“They have all shown great personality, but especially Karim,”

“His first goal was spectacular, so typical of him, and the second is all down to him. He also made the team play, he created space, he defended. It was a complete performance from him.”