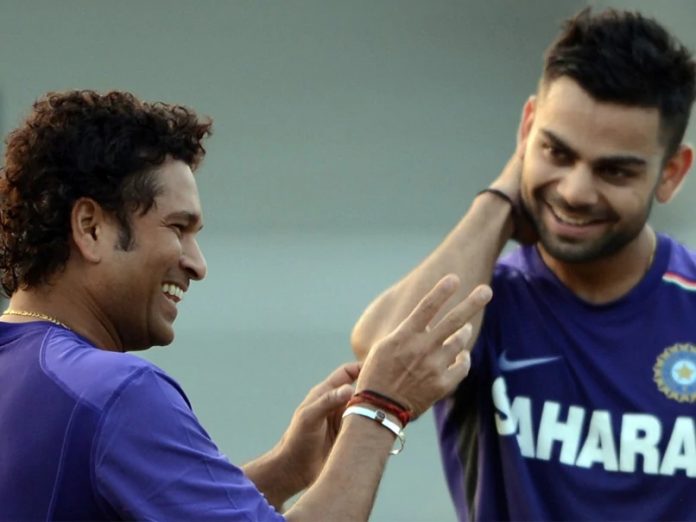 Team India have been preparing for the third Test which is scheduled to take place in Ahmedabad from February 24. While the India captain Virat Kohli has recently shared his work-out pictures, he also revealed how he battled out with his depression during the tour of 2014.

While Kohli’s revelation about this left everyone shocked, he also said how he came out of it. The 32-year-old has again shared that a conversation with the batting legend Sachin Tendulkar on mental health helped him a lot. Kohli shared that Tendulkar advised him not to fight to negative feelings, which worked well for him as well.

“I did have a chat with him about the mental side of things as well and the thing that he told me was, in cricket what he experienced was if you are going through a strong negative feeling and if that is coming into your system regularly, it is best to let it pass. If you start fighting that feeling, it grows stronger. So, that is the advice I took on board and my mindset really opened up from then on,” Kohli said to the renowned broadcaster Mark Nicholas on the latter’s podcast ‘Not Just Cricket’ as per ANI.

Virat Kohli further continued: “For me, personally, that was a revelation that you could feel that lonely even though you a part of a big group. I won’t say I didn’t have people that I could speak to but not having a professional to speak to who could understand what I am going through completely, I think is a huge factor. I think I would like to see it change. Someone that you can go to at any stage, have a conversation around, and say ‘Listen this is what I am feeling, I am finding it hard to even go to sleep, I feel like I don’t want to wake up in the morning. I have no confidence in myself, what do I do?'”

Meanwhile, Sachin Tendulkar has backed Virat Kohli in this matter. He has responded to Virat, citing that he is proud of his decision to open up about his problem. He wrote: “[email protected], proud of your success & decision to share such personal experiences. These days youngsters are constantly judged on social media. Thousands speak about them but not to them. We need to be able to listen to them and help them flourish.”

.@imVkohli, proud of your success & decision to share such personal experiences.

These days youngsters are constantly judged on social media. Thousands speak about them but not to them.

We need to be able to listen to them and help them flourish. https://t.co/xsBThtzOTx

As far as Team India’s current status is concerned, they have bounced back well in the second Test and won by a huge margin of 327 runs against England after faced a defeat in the first Test. With New Zealand qualifying for the final of the World Test Championship final, it will be interesting to see who will play against New Zealand in the final between India and England.