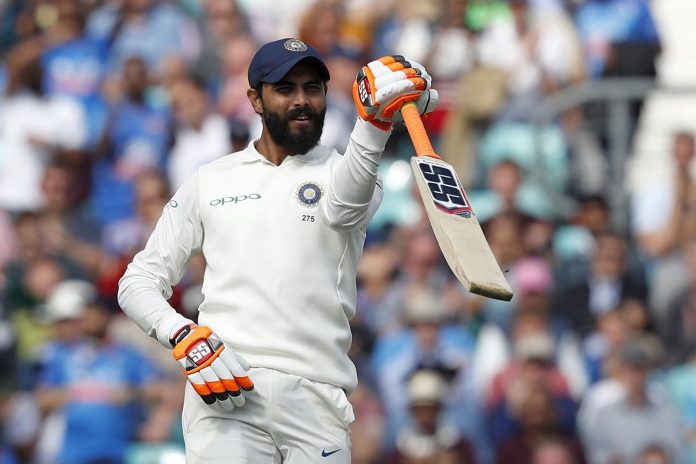 In more ways than one, it is often said that the tough tour of Australia defines a cricketer’s character.

Apart from skipper Ajinkya Rahane’s magnificent century, it was his partnership with Ravindra Jadeja that helped India get a foothold in the ongoing Boxing Day Test at Melbourne. With his patient knock of 57, Jadeja not only supported his captain on his way to three figures, but their century stand ensured India get their noses in front after the depleting defeat in Adelaide last week.

The most heartening aspect of Jadeja’s batsmanship on a flat Melbourne Cricket Ground (MCG) track was the way in which he put aside his flashy version and played most deliveries on merit. The only boundary the all-rounder hit came 52 balls into his innings, wherein he curtailed his natural swashbuckling instincts.

The moment Jadeja walked in to bat at the intimidating MCG, he looked assured and was able to middle the ball like a proper batsman. While his left-armers were always going be handy as a fifth bowler, his steadfast batting display also gives a balance to the side with him and Ashwin adding much-needed batting-depth at No 6 and 7 respectively.

It is incredible to think that the Saurashtra batsman was making a comeback after he had missed the final two T20Is against Australia after getting hit on the head by a Mitchell Starc bouncer during the first match. He was replaced in the side by fast bowlers Shardul Thakur. After missing out on the playing berth in the Day-Night Test last week, Jadeja regained full fitness to be fit in time for the all-important Boxing Day Test.

Considered a genuine all-rounder in Indian conditions, where the ball does not do as much, this is not the first time that Jadeja is proving his worth with the bat away from home as he has struck half-centuries in both England and Australia on previous tours.

There was a time when negating short-pitched bowling was considered Jadeja’s Achilles heel as he would struggle against the pacers. He was fine hitting spinners but couldn’t consistently clear the boundary against pacers. He could also be kept quiet by hit-the-deck bowlers who pinged short of a length. He would also be curbed by bouncers, as he would be a touch late on them.

In recent times, Jadeja’s batting has dramatically changed courtesy two tweaks: the arm-extension, and the arching of the back.

Straight down the ground or mid-wicket – are his strong scoring areas, and it the past against pacers-Jadeja would not go through with his shots when connecting with the ball. In the recent past, Jadeja has been an easy target for pacers like Dale Steyn and Stuart Broad, who’ve dismissed him four times each in Test matches.

But to his credit, Jadeja-who has a couple of triple tons to his name in Ranji Trophy-went back to the drawing board and sorted out his loose technique against the short-pitch balls.

Dizzy 😂😂 Any other rare batting celebrations you can remember? #AUSvIND pic.twitter.com/lk2OgZx9FN

Now figure this. Since the turn of 2016, Ravindra Jadeja topples the likes of Ben Stokes, Jason Holder, Shakib Al Hasan in terms of batting and bowling average. Few can argue that for the past couple of seasons, Jadeja has fine-tuned his batting skills and is batting with a mainstream batsman’s mentality, which was evident during his matured innings during the ongoing Test match.

Apart from being a fielder par excellence and an accomplished left-arm spinner with first-class batting credentials, his value is unquestioned in the shorter formats. Tests though haven’t been kind to him. The second spinner at home, ignored abroad, one can understand if Jadeja feels shortchanged due to India’s blinkered vision that refuses to recognise him as a batsman who can bowl, not the other way around.

Ashwin as a spinner is under huge pressure to perform. On the other hand, Jadeja has averaged 51.75 with the bat away from home since the start of 2017. And he remains as efficient—economic if not penetrative—with the ball.

Earlier, it was a common conception that Jadeja and Ashwin can play together only in sub-continental conditions, where the ball is likely to turn more than the other places. But with such profound batting displays, time and again Jadeja is proving that he’s more than just a bits and pieces player!