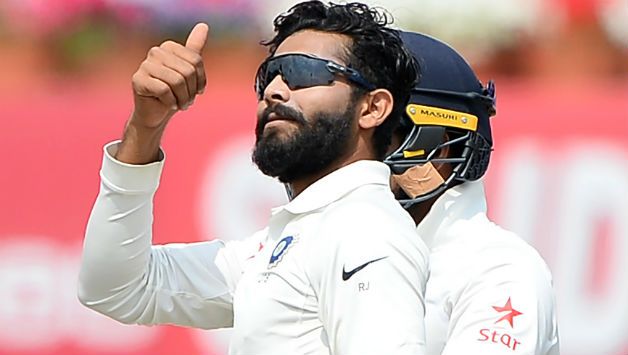 Test cricket often brings out a cricketer’s character and only the bright ones shine through. On Day two of the Sydney Test, Steve Smith rose through the lean patch to score his 27th Test ton, Indian all-rounder Ravindra Jadeja was equally impressive on the day, scalping four crucial wickets and inflicting Steve Smith’s run out from a bull’s eye throw from square-leg boundary.

The man of the hour in many ways, Jadeja could do no wrong and was the shining spot on a gloomy day at the Sydney Cricket Ground (SCG).

The flamboyant all-rounder ended 2020 on a high note by playing a pivotal role in India’s historic 8-wicket win in the Boxing Day Test at the Melbourne Cricket Ground (MCG) last week. He has now started 2021 on an even better note. After going wicketless on the opening day of the penultimate Test, Jadeja switched gears on Friday and went on a wicket-scalping spree with the ball.

As the commentators on air said, Jadeja has now effectively contributed with the bat, ball and even with his acrobats in the field in the two Tests he has played so far.

Smith, who had successfully achieved a much anticipated century of the Test, was threatening to take the game away from India with some unorthodox shots, and was farming the strike well with the tailenders on the other end. However, despite his 4-wicket haul-Jadeja’s greatest highlight of the day came in the department he is most sought after for, his dominance as a fielder, of course.

Known to be one of the most impactful, accurate fielders in the game right now, Jadeja hit a bullseye on a direct hit to dismiss the biggest Australian threat for the Men in Blue in Steve Smith.

Normally, it would be considered a foolish call to play two spinners on fast-paced Australian wickets, which offer bounce and ample movement for the quicks. But given Ravindra Jadeja’s versatility and Ravichandran Ashwin’s control, Ajinkya Rahane opted to play both of them in the second Test running.

Ashwin was instrumental in India’s win at the Melbourne Cricket Ground, scalping wickets for fun and leaving the Australian batsmen clueless. He wily off-spinner was largely ineffective on the opening Day of the Test. Ravindra Jadeja, playing the fifth-bowlers’ role perfectly, opened floodgates after dismissing Marnus Labuschagne on 91.

By then, Australia were sitting comfortably at 206 for 3 when Labuschagne departed but Jadeja’s initiative saw Indian bounce back handsomely to bundle out Australia for 338. The left-arm spinner dismissed Matthew Wade next before getting Pat Cummins and Nathan Lyon to end up with bowling figures of 4 for 62 in 18 overs. The left-arm bowler not only compensated for Ashwin’s ineffective spell but also handed India a much-needed impetus on a flat surface.

Jadeja has been at the height of his powers as a Test all-rounder in the past few years and one of the biggest reasons behind it has been the manner in which batting has developed.
This again underlines that the changing mentality of Ravindra Jadeja that has led to his success in Test cricket. Well and truly has indeed established himself as an integral part of the Indian team across formats in the last couple of years.

Seemingly impossible that only Jadeja the fielder could have made possible. Not just the accuracy of the throw but the sheer speed of the throw was the key to that run out. Absolutely brilliant!
👏👏👏

Talking about Jadeja’s meteoric rise, the 32-year-old has played as many as 50 Test matches for India. Jadeja has amassed 1926 runs with the bat and the middle-order batsman also has a century to his name in the longest format of the game.

With the bat, was a vital contributor in India’s first innings of 326 as he made 57 runs to share a century stand with captain Ajinkya Rahane in Melbourne. It enabled the tourists to recover from a tricky period of 173-5 to give themselves a genuine chance of leveling the series. Australia found themselves at 133-6 by the end of the third day, leading only by two runs and needing a monumental effort from their lower order.

The question that always surrounded the left-hander meanwhile was, is he a good enough batsman?

While his bowling was never in doubt, he never possessed the earthly ability to play as a wicket-taking option in the Indian whites, with the management placing their hands on the faithful Ravichandran Ashwin. So when the Melbourne Test came by and he was fully fit, and he proved his worth with the bat in his hand.

Wickets, runs, catches and run-outs-all is well in the spectrum of a certain Ravindra Jadeja.