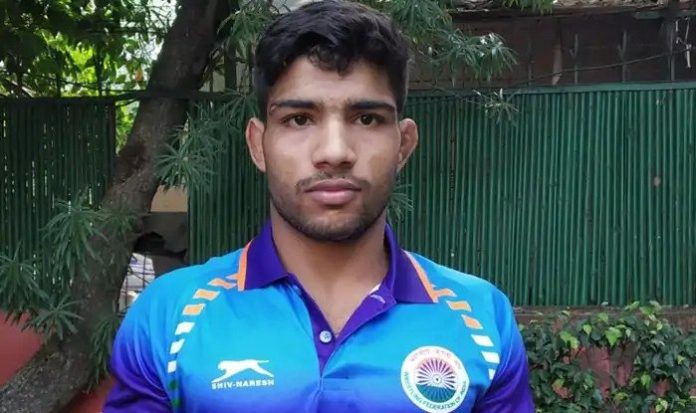 India have confirmed her first medal in the ongoing UWW Under-23 World Championships through Ravinder on Tuesday. The 22-year-old reached the final of the 61kg category through a commanding performance over European champion Arsen Harutyunan of Armenia by a score of 4-3. En route to the semi-final, the Indian grappler easily defeated Hungary’s Marcell Budai Kovacs by 12-1 in his opening bout and wrapped an 11-0 win over Dinislam Takhtarov of Russia in the quarterfinals.

Ravinder, who bagged gold at the South Asian Games in 2016 will look forward to add another in his kitty, when he takes on Ulukbek Zholdoshbekov of Kyrgyzstan in the penultimate match of the tournament.

Meanwhile, another Indian wrestler Gaurav Baliyan, participating in the 74kg category, now have another chance to claim a medal after he reached the repechage, and will face USA’s Brady Gary Berge.

The Indian women in the tournament on the other hand, will begin their journey on Wednesday, with Jyoti of 50kg category, will be up against Yafremenka of Belarus and Pooja Yadav in the 59kg category will face a challenging task to qualify for further rounds as she faces Kennett, the top seed from Canada.

You can watch every single match of the seven-day UWW U-23 World Championships 2019 live on www.wrestlingtv.in