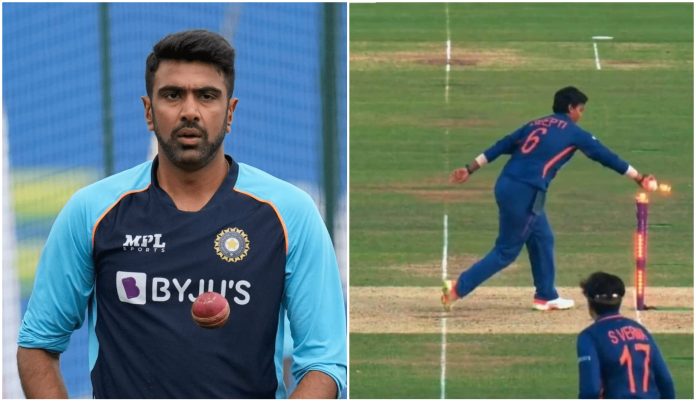 Indian ace spinner Ravichandran Ashwin recently shared his thoughts on Indian women’s team bowler Deepti Sharma after the latter ran out England’s Charlotte Dean at the non-striker’s end in India’s 16-run victory to whitewash the Brits. Deepti Sharma’s actions on the pitch left the fans and pundits in split. While, she was praised for incredible game-awareness, she also received criticism from some for the way she dismissed Charlotte Dean.

England were 118/9 in the 170-run chase when Dean, alongside Freya Davis, showed a fightback for the hosts. The duo had stitched a 35-run stand when Deepti, in the 44th over of the innings, ran Dean out during the delivery stride.

The dismissal, more commonly – and informally – known as ‘Mankad’ among the cricket fraternity, was recently moved from ‘Unfair Play’ section to the ‘Run out’ section by the Marylebone Cricket Club (MCC), and the International Cricket Council also legalized the mode of dismissal soon after. 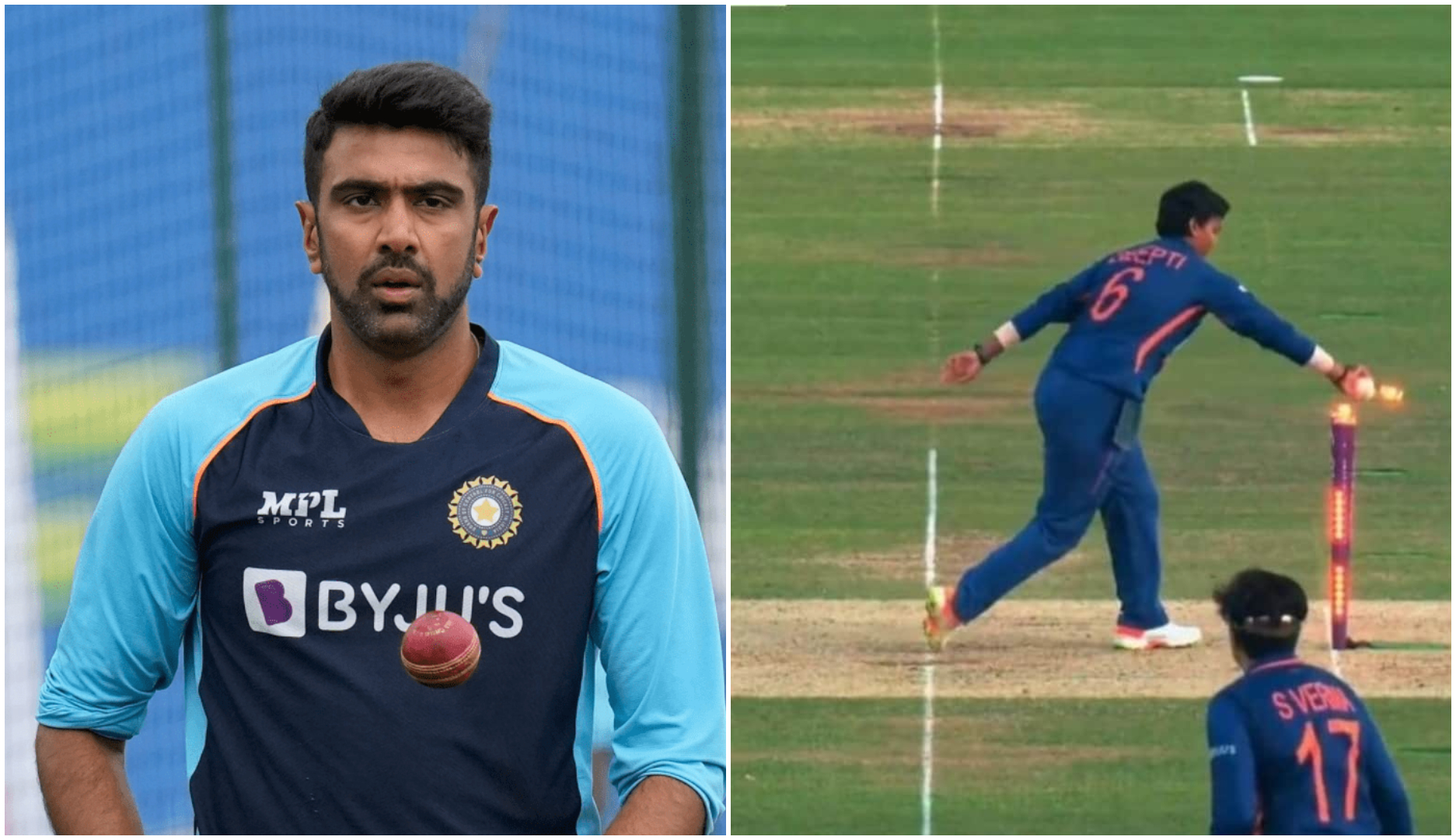 England cricketers made their displeasure known, and wicketkeeper-batter Sam Billings was among the first ones to tweet: “There’s surely not a person who has played the game that thinks this is acceptable? Just not cricket.”

He added another tweet, saying: “Not even looking at the other end in delivery stride.” To this, England pacer James Anderson replied: “Spot on. No intention of bowling the ball.”

The banter continued further with Billings telling Anderson, “Imagine how many more wickets you could get James.”

However, on Sunday, Ravichandran Ashwin also jumped onto the discussion, and he suggested the International Cricket Council (ICC) come up with a bravery award for the bowlers who run out batters at the non-striker’s end as there is a lot of stigmas involved with the dismissal.

“In fact that’s a great idea. How about awarding that wicket to the bowler for ” presence of mind” under immense pressure and of course knowing the social stigma that he/she would have to deal with post doing it. How about a bravery award to go with it too @ICC,” tweeted Ashwin.

In fact that’s a great idea. How about awarding that wicket to the bowler for “ presence of mind” under immense pressure and of course knowing the social stigma that he/she would have to deal with post doing it. How about a bravery award to go with it too @ICC ? https://t.co/9PqqetnnGw