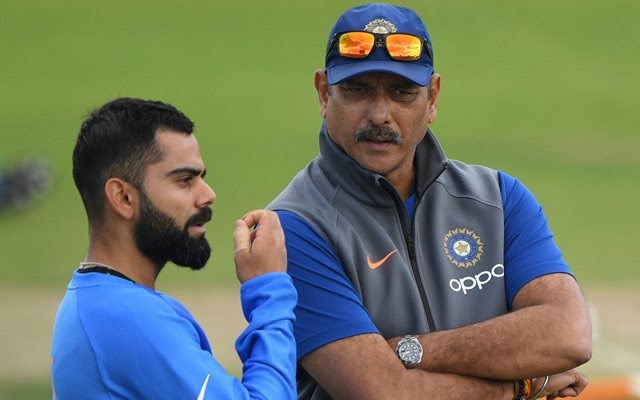 During the Border-Gavaskar Trophy in Australia, India had a dismal score of 0-1. Virat could not be with the team due to some personal reasons that were never disclosed. During his absence the role of a captain was given to Ajinkya Rahane. Under him the national made a comeback and won the match against Australia 2-1. It was during this time that fans and authorities alike, starting questioning his capabilities as a captain since the team won without him.

Despite Shastri urging him to give up the captaincy, Virat refused to listen to him and continued to lead the team. In fact, as per the BCCI reports, the skipper and batsman, still wants to lead the team despite not bringing in the results. Virat has only given up his T20 captaincy and not his ODI captaincy.

“Shastri had spoken to Kohli around six months ago. But Kohli didn’t listen to Shastri. He is still keen to lead India in ODIs and that is why he only decided to let go the T20 captaincy. Even the board was discussing it as to how Kohli could be utilised more as a batsman. That is because he has a lot left as a player even now.”

“The talk about Kohli`s captaincy started after India won the Australian series without their regular captain. It also indicates that Kohli may have to let go the ODI captaincy at some point before 2023 if things don`t go as planned.”

BCCI and Shastri both clearly wants Virat to take a break from captaincy and focus on what he does best.