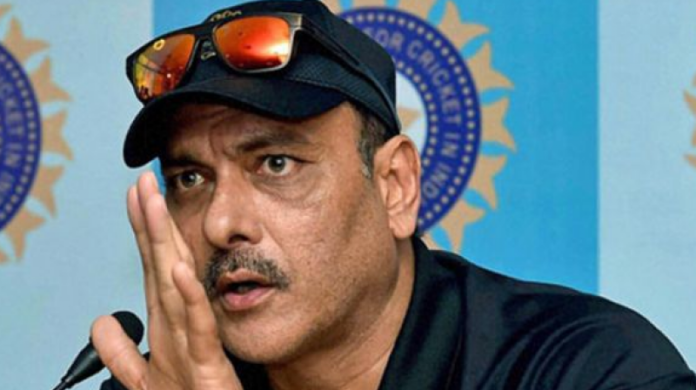 Indian head coach Ravi Shastri, who is known for his witty responses, has given back to commentator Kerry O’ Keefe after he made a demeaning remark on Mayank Agarwal’s achievments on the first day of the third Test between Indian and Australia. While commenting on Agarwal’s triple hundred against Maharashtra in the Ranji Trophy, O’Keefe said, “Apparently he got the triple against the Railways canteen staff.” The former Australian cricketer faced a lot of backlash for the remarks by cricket fans and Shastri knew it was time to give him what he deserved.

During the post-day show discussing Pujara’s hundred, Shastri said, “He [Mayank] has got a message for Kerry… ‘when you do open your canteen, he wants to come and smell the coffee. He wants to compare it to the ones back in India…coffee here’s better or the ones back home’. Mayank Agarwal…let’s not take it from him. We could have easily been three down for 80 and then it would have been a different ball game. He dug deep.”

Former Australian legspinner Shane Warne burst into laughter, saying: “You’ve been sitting on it all day. It’s a fair reply, Ravi.” Apparently, Warne was also a part of the broadcast team with Mark Waugh when O’Keefe commented on Agarwal.

Waugh also clarified his comments after he was heard saying that Mayank’s average of 50 in India is like 40 in Australia. “All I said was averaging 50 in first-class cricket in India is equivalent to averaging 40 in Australia mainly because of the number of players who achieve that. For the record Agarwal played very well in his 1st test innings,” Waugh said on Twitter.

All I said was averaging 50 in first class cricket in India is equivalent to averaging 40 in Aust mainly because of the number of players who achieve that. For the record Agarwal played very well in his 1st test innings.

All the backlash resulted in O’Keefe issuing an apology and he said, “I was mentioning the runs Agarwal got in first-class cricket in India and there’s been a reaction. There was no way I was demeaning the standard, it was tongue in cheek. There are lots of runs scored so apologies if anyone out there took offence ”.