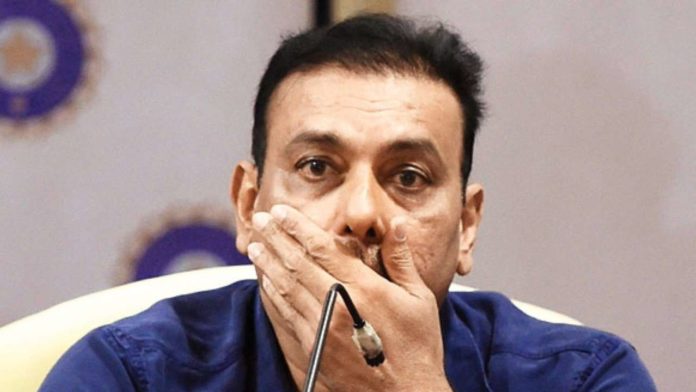 Two days before the Indian cricket team’s left for New Zealand, head coach Ravi Shastri declared,“My job is to beat sides. So why are you saying we are beating sides here [in India]. We are beating sides everywhere!” Yet, it’s déjà vu for Virat Kohli and his boys. A seamer-friendly pitch away from home and it’s a nervy affair for the batters down the line. From England to New Zealand wherever the team lands for a test-series, the results are on repeat. So, what should India do to perform better in overseas condition? Remove Virat Kohli as a test-captain? or should Ravi Shastri step down for the greater good? Only time will answer the first two, but let’s take a look at the third one.

Over the last few years, India have enjoyed an unprecedented run of success in red-ball cricket; winning thirteen off fifteen series in the previous four years; most of those, however, were in Asia.

Even though the team whitewashed West Indies at their own backyard and won 2-1 against a much weaker Australian side down under – India lost 2-1 to South Africa and were humiliated 4-1 by England not that long ago.

During his first term, Shastri’s had declared that India’s achievement under his reign should be judged after the overseas tours of South Africa, England, and Australia.

Thus far, except for the Australia tour last year, Shastri has scored a big zero as both the South Africa and England series proved to be disastrous for his team. But the 57-year-old seems to be happy with India’s display outside the country, in his own words,

“We went to South Africa, we won on a treacherous track in Johannesburg. We won a Test match in England. We won in Australia. We beat South Africa 3-0 in Tests at home. I don’t care if the opposition is strong or weak. We treat every team as the same.”

Something really doesn’t add up here!

On July 2017, the BCCI announced Ravi Shastri as their head coach, much to the surprise of seasoned cricket pundits and fans. One of the main concerns that critics pointed out back then was Shastri’s volatile temperament. Instead of covering an angry young captain named Virat Kohli, Shastri has often stoked the fire even more. An example of such poor judgment was when he allowed Kohli to declare that India didn’t need practice matches before the 2017-18 South Africa tour.

“There is no point wasting two days, guys going in, scoring quick fifties and coming out. We would rather have them do two sessions like today, get into the Test match zone and test ourselves,” said Virat.

But things got worse. Right before the England tour the following year, an almost similar situation took place. Shastri once again failed to advise the captain from making any ill-advised comments to the media and then gave the board a green signal to send an under-prepared team to face a formidable English side. So, when the guests thrashed India two months later, Shastri’s response was that this Indian team was a better performer than any other in history in overseas conditions!

“Last three years, we won nine matches overseas and three series. I can’t see any other Indian team in the last 15-20 years who’ve had that kind of run in such a short time. And you’ve had some great players in those series.”

That should have been a warning sign for the board officials but instead they re-appointed him for the second term last year.

This time around one would expect him to rectify the mistakes from his first tenure but surprise surprise! The former all-rounder has been nothing but oblivious about it. In times when India needed a focused coach with zero tolerance for complacency, Shastri proved to be the Yes-Man to Virat Kohli and his laid-back approach to the vulnerability of the team during their overseas tour, is something the team is still paying for.

In the longest format of the game, Kohli’s starting XI and field placements have often been strange and at times the skipper even failed to match the conditions or adjustments made by the opposing team. So it’s quite obvious to assume that these flaws would be pointed out and corrected by the head coach. But Shastri failed to do that too; which means, either he failed to spot Kohli’s mistakes or hasn’t been attentive to the problems, or Kohli ignores his advice. All of which indicates that he isn’t doing his job correctly.

Look we aren’t saying that it’s all bad under Shastri. After all, under his guidance India is now the no.1 Test team in the world. But, with the Australia tour coming up later this year and the England tour in 2021, the board should start searching for his replacement with someone who is competent and astute enough to voice out his expertise. Someone who can guide this talented team to victories far from home.